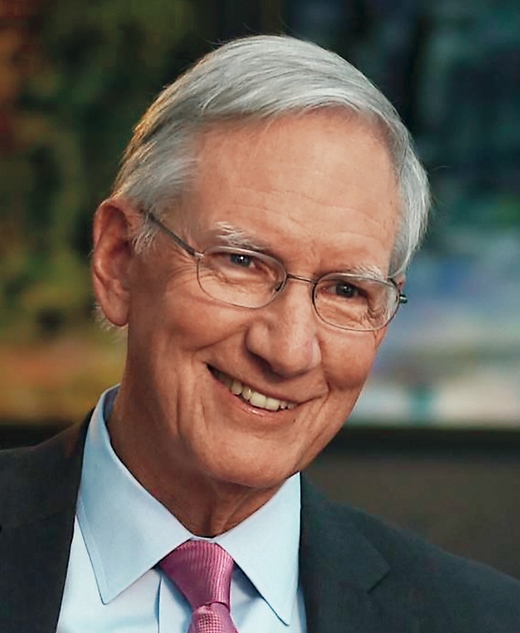 Recently called “the Red Bull of management thinkers” by Inc. Magazine, Tom Peters is co-author of In Search of Excellence—the book that changed the way the world does business and often tagged as the best business book ever. Sixteen books and nearly thirty years later, he’s still at the forefront of the “management guru industry” he single-handedly invented. What’s new? A lot. As CNN said, “While most business gurus milk the same mantra for all its worth, the one-man brand called Tom Peters is still re-inventing himself.” His most recent effort, released in March 2010: The Little BIG Things: 163 Ways to Pursue Excellence. Tom’s bedrock belief: “Execution is strategy—it’s all about the people and the doing, not the talking and the theory.” To see the latest on Tom, visit tompeters.com, which was recently ranked #9 among “The Top 150 Management and Leadership Blogs.” Tom was also recently named to the Thinkers50 list of the world’s top business thinkers.

Tom Peters says Quality is a Probabilistic Function of Quantity

Tom Peters on Execution and Details

Tom Peters - What Does the Best Bathroom Award Mean?

Tom Peters: Design is everything

Keeping Up with Your Talent | Tom Peters | WOBI

Peters wrote the book that spawned a management revolution because we placed too much emphasis on sophisticated “MBA thinking” and not enough emphasis on the stuff that led over a thousand people to show up for his grandfather Owen Snow’s funeral in little Wicomico Church, Virginia, over a quarter of a century ago.

Grandfather Owen had run a country store and he’d been counselor, banker, and friend, as well as shopkeeper, to thousands over the years. He was a math whiz (he passed a bit of that on to me), but those thousands showed up at his funeral because he never forgot the basics of taking the time to listen and putting people first!

The great news for today: The worst of the worst can be managed if we remember, and assiduously apply, the principals of Peters’ grandfather:

Does that sound simplistic?
Perhaps.
But remember: We’re deep in doggy doo-doo because of nothing more than lending money to people who obviously (!!!) couldn’t pay it back.

A CEO of a mid-sized bank attended a seminar of mine in Northern California many years ago—but I remember the following as if it were yesterday. I’ve forgotten the specific context, but I recall him saying to me, “Tom, let me tell you the definition of the good lending officer. After church on Sunday, on the way home with the family, he takes a little detour to drive by the factory he just lent money to. Doesn’t go in or any such thing, just drives by and takes a look.”

Visit tompeters.com
At tompeters.com, you will find, for free downloading, the PowerPoint slide sets Tom has used in his presentations over the last five years. You’ll also find a Master Presentation and a couple dozen “Special Presentations” on narrow slices of subject matter, such as the new market trends mentioned above.

Surviving and Even Thriving Amidst the "Perfect Storm"

While many businesses will fail amidst the current economic crisis through no fault of their own, some will survive in spite of the odds—and a few will surprise everyone by turning a messy situation into economic-competitive advantage. Tough times are, in fact, golden opportunities to get the drop—and the long-term drop at that—on those who respond to bad news by panicky across-the-board slash and burn tactics and moves that de-motivate and alienate the workforce at exactly the wrong moment.

Tough times, indeed, require tough decisions—but thriving, not just surviving, is an option for those who mix the wisdom and boldness of leadership along with transparency and maximized employee involvement and engagement. Without suggesting that there is anything humorous about the pain that bad times cause, one couldsay that “this is when it gets fun” for truly talented and imaginative leaders at all levels and in businesses of every sort and size.

(Tom’s aptly-named book, Thriving on Chaos, published on the day the stock market crashed in 1987, suggests his extensive familiarity with the possibility of success in uncertain times.)

Background: All bets are off … a brief tour of dramatic forces at work, from changing technologies and demographics to the rise of China and India and the profound effects of a new corporate risk profile. Strategies and tactics are laid out for accomplishing necessary, radical enterprise change. Plus: A “how to” for creating perpetually adaptive enterprises—ready for anything, prepared to turn on a dime. “The very ‘metabolism’ of the enterprise must be altered,” Peters says. In that vein, Re-Imagine! discusses:

2007 marked the 25th anniversary of the publication of one of the most influential business books ever written: Tom Peters and Bob Waterman’s In Search of Excellence. Upon publication, the book immediately ushered in a management revolution, forever changing the way entrepreneurs and leaders viewed their relationships with their employees and customers. In the book, the authors reemphasized what Tom calls the “obvious ideas”: the paramount importance of an abiding orientation toward action over talk, matchless customer intimacy, a wholehearted devotion to acquiring and developing the best talent, entrepreneurship spurred internally, the ever-difficult task of “keeping it simple,” and leadership as “a product of passion, passion, passion.” These ideas are now considered “standard operating procedure” in businesses around the world—though often implementation does not live up to the standards practiced by the world’s best.

In this compelling presentation, Peters revisits and boldly extends the ideas that helped make In Search of Excellence a watershed event in both business and publishing—and launched the now mammoth “management guru industry.” Admitting that “the older I get, the less boring these ‘basics’ such as ‘people first’ become,” Peters says that these same ideas “that led us to take a gamble on Wal*Mart in 1982 animate the likes of Google, Starbucks and Commerce Bank today. In fact, the 100% implementation of these ideas is far more important—for survival’s sake—than it was 25 years ago.”

This presentation promises to inspire audiences of any type, anywhere. Peters’ own passion and intensity, audiences around the world report, has only grown with the passage of time.

For decades Tom Peters has been preaching the gospel of putting people first, and in today's rapidly changing business environment, this message is more important than ever. With his unparalleled expertise and inimitable charisma, Peters offers brilliantly simple, actionable guidelines for success that any business leader can immediately implement. The audience will leave with a roadmap for any organization and for individuals to thrive amidst the tech tsunami.

More Than Just A Speech

When you engage Tom Peters for one of the presentations described below, you get more than just the talk. Following his presentation Peters will provide, at no additional cost, an executive session where your VIPs and/or top executives will meet and interact in a unique leadership chat. This informal "no-need-to-prepare" forum allows leaders to pose questions about the challenges they're facing and, with Peters as catalyst, discover new strategies for leadership and career success.

Business Consulting from Tom Peters: How to Effectively Lead and Execute Organizational Change

Recognized as one of the most influential business thinkers of all time, Tom Peters is the co-author of In Search of Excellence — the book that changed the way the world does business. Sixteen books and nearly thirty years later, he’s still at the forefront of the “management guru industry” that he single-handedly invented. Blazing the trail for business practice, the renowned strategist and author will show your executive leadership team how to effectively execute and take your business to the top.

The overwhelming response from everyone I talked to was that they all thought Tom Peters was great. They appreciated his passion about clean and hygiene in hospitals. The prep work he did to tailor clean as one of those little BIG things was wonderfully inspiring to the association members.

This man... has brought excitement into management thinking. People leave Tom's talks bursting with ideas and hearts throbbing with enthusiasm.

In Tom's world it's always better to try a swan dive and deliver a colossal belly flop than to step timidly off the board while holding your nose.

The Little Big Things: 163 Ways to Pursue EXCELLENCE (opens in a new tab)

Re-Imagine! Business Excellence in a Disruptive Age (opens in a new tab)

In Search of Excellence: Lessons from America's Best-Run Companies (opens in a new tab)

The Excellence Dividend: Meeting the Tech Tide with Work That Wows and Jobs That Last (opens in a new tab) 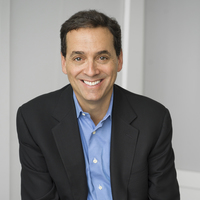