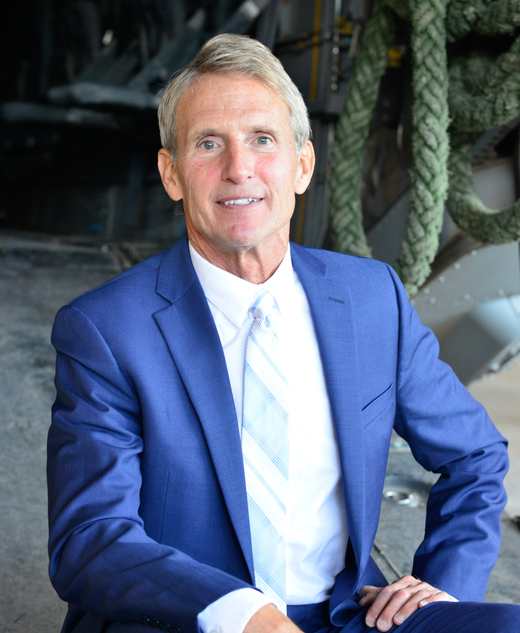 Jerry Linenger survived what has been described as "one of the most dangerous missions in space history"—an out-of control spacecraft tumbling through darkness, and on fire.  He encourages us to rise to the occasion, confront our challenges and put life into perspective.

As a physician, epidemiologist, and flight surgeon, Jerry M. Linenger M.D., M.P.H.,M.S.S.M.,Ph.D., understands the impact and devastating effects of global pandemics. As an astronaut living in isolation for five-months aboard the Russian space station Mir--a famously failing spacecraft with broken-down communications and with two Russians crewmates who spoke no English--he intimately understands how to thrive in isolation even under unanticipated, seemingly overwhelming difficulties. For Astronaut Linenger, these included: surviving repeated failures of life support systems (will we be able to breathe?), a near-collision with an out-of-control incoming spacecraft, computer failures leading to a tumbling, power-dead space station, and the “worst fire ever aboard an orbiting spacecraft.”

A WSB exclusive speaker for over 22 years, Captain Linenger knows how to press on and to accomplish mission goals despite unforeseen challenges. The crew accomplished all mission goals: Shuttle Atlantis docking, spacewalking, a Soyuz flyaround, and all 120 science experiments. At mission completion, Linenger logged the equivalent distance of 110 round-trips to the moon at a speed of 17,500 mph. He was the first American to conduct a spacewalk in a foreign spacesuit, and held the endurance record for an American man.

In short, Linenger knows how to reach deep, stay calm, and apply brainpower to solve problems. Persevering and triumphing in the face of seemingly overwhelming adversity, he consistently inspires audiences, companies, and organizations to do likewise.

Jerry Linenger on Working as a Team Towards a Common Goal

Reset/Recover/Regroup/Resilience: Surviving and Thriving Off the Planet

Emerging from the pandemic, organizations are faced with unprecedented challenges. Linenger knows from personal experience how to overcome paralyzing fear and to solve problems in the face of uncertainty. He encourages everyone to pull together and to press on. Reset post-Covid19 disruption. Recover the competitive edge. Regroup as a team. Audience members are comforted and draw confidence from the fact that if Astronaut Linenger--living for months in extreme isolation--could recover repeatedly from life-threatening and seemingly overwhelming problems, we surely can do the same. Seek to thrive, not merely survive.

In this keynote customized to ensure organization relevancy and alignment, audience members will be comforted and draw confidence from the fact that Astronaut Jerry Linenger studies each organization/company and works with organizers to better understand their challenges and tailor his message accordingly.

“I am always grateful and feel privileged to earn the repeated trust of clients who allow me to share my insights with their valued colleagues and clients. My goal is to meet the client’s specific needs, to reinforce their message from a different perspective, and to make a personal impact on each and every audience member.”

Challenges and Change: My 132 Days Off the Planet

Jerry Linenger shares his amazing personal story based on his experiences aboard the Russian space station Mir. Painting pictures with words, Linenger puts you in the spacecraft with him. He recounts not only the events of the mission, but also candidly shares his feelings of frustration and fear along with the determination and courage he used to survive. Having overcome great odds to achieve success, he challenges the audience to embrace change, rise to the occasion, and confront challenges. He emphasizes the role of preparation to achieve mission goals. His message is genuine and spoken by someone who has put his own life on the line. Audiences will learn how to:

Your heroism is truly inspiring. We were spellbound as you shared your experiences. Your story brought to life the importance of courage, perseverance, and ingenuity in the face of great adversity-and it touched all of our hearts.

Jerry Linenger is an excellent speaker! There was not a person in the room who was not completely engrossed in his every word. I felt that he was speaking directly to me. I came away feeling lighter - Amazing!

Jerry Linenger was a huge success! His story resonated with everyone.

Jerry was great tonight! He was so animated in telling his story and our audience loved him. We received great feedback.

Jerry had the entire audience in awe. He told an incredible story, wove in relevant examples to the audience, and was clearly passionate about the subject matter. His sincerity and humility is astounding.

Letters From MIR (opens in a new tab)

Off the Planet: Surviving Five Perilous Months Aboard the Space Station Mir (opens in a new tab)