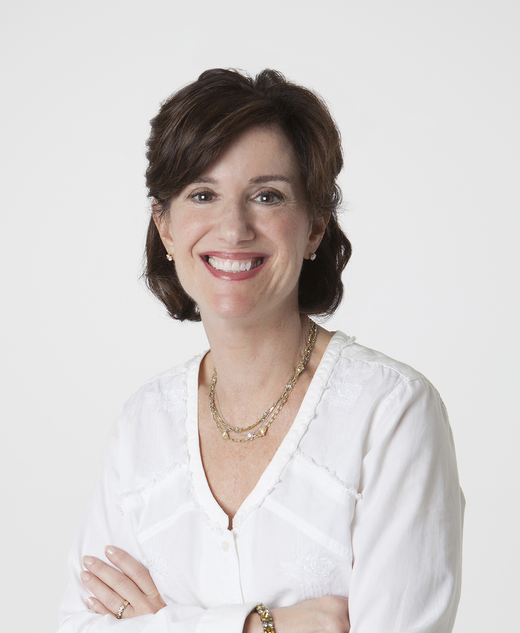 A founding visionary network executive behind CNBC, HGTV, Food Network and other popular cable channels, Susan Packard’s approach to leadership and innovation has helped her build—and lead—extraordinary organizations that both consumers and employees can get behind.

In this competitive marketplace, an organization’s ability to innovate by staying ahead of the competition and delivering products that command the market’s attention is more important than ever. As co-founder and chief operating officer of HGTV, Packard was the second employee to join HGTV. There she created a niche in the lifestyle marketplace, and also created a culture that recruited and retained exceptional talent. Packard’s vision and success building lifestyle entertainment brands was at the core of the development of additional powerhouse brands—Food Network, DIY Network, Fine Living TV Network and Great American Country (GAC)—that joined HGTV to comprise Scripps Networks Interactive, valued at $15 billion when it was purchased in 2018 by Discovery Communications. She is a visionary brand builder who draws on her on experience advising companies on leadership development, innovation and the strategies needed to win in any market condition. Among many accolades, Packard has been praised as one of the most influential women in the media industry as well as being named "Woman of the Year in Cable Television." In 2008 she was inducted in the Cable Hall of Fame, one of the youngest executives ever to earn that honor. She is the author of New Rules of the Game: 10 Strategies for Women in the Workplace (Penguin, February 2015). In New Rules of the Game, Packard advocates for a revolutionary new perspective for businesswomen, which she calls “gamesmanship"—a strategic way of thinking that cultivates creativity, focus, optimism, teamwork, and competitiveness.  Penguin engaged her to publish her second book, Fully Human: Three Steps to Grow Your Emotional Fitness for Work, Leadership and Life (February 2019). Fully Human’s mission is to help all workers and leaders bring their strongest emotional selves to their careers, and to their lives outside of the office too. Packard takes emotional intelligence, or EQ, to the next level in Fully Human, and also gave a TedX talk at UCLA about strengthening one’s emotional maturity.

How do employees reach that next level in their career? Baseline talent gets everyone in the game. Then people begin to compete for advancement and factors such as likeability and trust influence who is promoted into senior roles. Susan Packard, co-founder of HGTV, lays out an approach to help your employees succeed called gamesmanship-a strategic way of thinking, as well as a language of business to help people advance. We are taught that 'winning' at work means collaboration and perfecting what we do. But these two drivers are not always the best way to move forward. Through a dynamic and down-to-earth approach, Packard lays out the rules of gamesmanship, based on her book, New Rules of the Game, and illustrates how employees can better compete for promotions and plum assignments by speaking an alternative language, as well as how they can handle the many stresses that come with being in the workplace.

Based on her book Fully Human: 3 Steps to Grow Your Emotional Fitness for Work, Leadership and Life, Susan Packard outlines why EQ is more important today than ever, and offers practices that help us to grow our EQ and leadership skills. She shares cautionary tales of workaholism, and how to avoid getting stuck in power and ego traps, and inspiring ways to build honest, morally courageous cultures. Moments of reflection can strengthen EQ skills, and she shares stories of business leaders, how they actively practice great EQ everyday, and how we can too. As a certified meditation instructor, if a group is interested, she can lead a meditation exercise too as part of this discussion.

The Leader Within: Growing Your Leadership Team

What do leaders need today to excel? Hear from HGTV’s co-founder, Susan Packard, as she shares leadership lessons from businesses she has helped to build, and from the leadership work she is doing today. She will discuss how vision, audacity, and relentless focus are some of the key factors that make great leaders today. She will also share some unusual insights and stories about diversity as a business practice today.

HGTV took a big idea - a cable television network devoted to all things home - into a marketplace dominated by media giants and emerged the leader. Now launched in more than 98 million homes, HGTV changed how we envision our homes and, in the process, established a new model for business innovation and success. Packard shares with audiences strategies for forging and promoting a brand while gaining customers who'll remain loyal to it, and provides ideas for expanding into other channels and platforms to secure even greater market share while maintaining brand integrity.

Two of today’s toughest challenges are recruiting and retaining the best talent. Learn how a $7 billion business did it from the ground up, and how these lessons can apply to you. HGTV co-founder Susan Packard will cover critical areas such as team structure, having a sense of mission, and how small, inexpensive things can impact loyalty and workplace excellence. Having the right people in the right jobs with the right amount of motivation is crucial to any successful organization and Packard shares what employers must do to create a workplace that can become the envy of any industry.

She was excellent! She got your attention and kept it. Now it is just up to us to use her examples and place them in our business and make them work. Thanks for securing her as a speaker!

Susan Packard is the speaker you always look for, but rarely find. She is articulate, dynamic and powerful, yet incredibly down-to-earth and approachable. She has a track record as a proven and powerful leader. She brings a keen mind and intellectual curiosity to her continuing studies of leadership. She informed us, entertained us, and challenged us. She took the time and made the effort to perfectly tailor her presentation to the executives and professionals in the audience. Our audience was so impressed by her presentation that we invited her back to return as our keynote speaker at our Annual Symposium, and once again she received rave reviews. Susan delivers a message that is stimulating, inspiring and practical, with numerous “takeaways” that the audience can use to improve their effectiveness as leaders in their own organizations. I wish I could find more “Susan Packards” for every symposium.

Great motivational speaker - makes you want to go and get to work!

We did want to take a minute to let you know that Susan Packard was just FABULOUS! We had a packed room and sold more than 700 tickets to the event. We could go on and on! She has a huge fan club out here in Columbus now.

New Rules of the Game: 10 Strategies for Women in the Workplace (opens in a new tab)

Fully Human: 3 Steps to Grow Your Emotional Fitness in Work, Leadership, and Life (opens in a new tab)