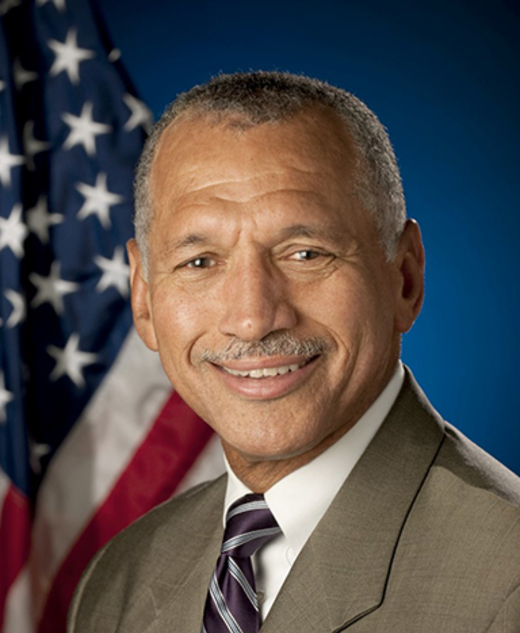 Through personal anecdotes and leadership insights from his Marine Corps and NASA experiences that testify to the ability of the human spirit to overcome adversity and set new expectations for the future, Charles (Charlie) Bolden challenges audiences to consider what we can accomplish when we dream big together.

Maj. Gen. Charles Bolden’s journey was both unlikely and a uniquely American one at that. Having failed to secure the endorsement from his home state Congressman and U.S. Senators to attend the U.S. Naval Academy during an era that attempted to deny minorities the opportunity to serve their country not because of the content of their character but because of the color of their skin, it was only through the intervention of Lyndon B. Johnson on Bolden’s behalf that allowed him to do so. Bolden would go on to chart a pioneering career in the United States Marine Corps that included flying over 100 combat missions in Vietnam, Laos, and Cambodia and orbiting the Earth on four separate occasions as both a NASA Space Shuttle pilot and commander. In 2009, President Barack Obama would ask Bolden to come out of retirement to serve once again, this time as the twelfth Administrator of NASA and the first African-American to serve in that role, a precedent that Bolden insists is only important if he is one day followed by a second person of color.

It was during Bolden’s eight-year tenure at the helm of the nation’s civil space program that he oversaw missions that would set the course for a new period of cooperation across international boundaries and between the public and private sectors as humanity casts its gaze to the next horizon. Today, as much as any time throughout his storied career, Bolden has set his own focus on the legacy we leave for future generations. In his words, “I think that the odds are almost 100% that the first astronaut to step on Mars or the scientist who will discover the next great breakthrough that makes that step possible is sitting in a classroom today."

Our Springboard to the Rest of the Solar System

Tangible Evidence of Progress on the Mission to Mars

Dreaming Big: The Past, Present, and Future of Human Space Exploration

In a presentation infused with optimism and good humor throughout, Charlie Bolden shares first-hand stories that bear witness to the possibilities that can be realized through a combination of grit, determination, and American ingenuity. Reflecting on a lifetime of service to country, Bolden offers insight into the incredible human effort that was required to implement ideas that started on a piece of paper to what would eventually become the tangible projects that would set a new agenda for the future of exploration to the Red Planet and beyond.

In a message that invites young and old alike to dream big, audiences will be inspired to consider both how far we have come and how much we can still achieve if we work together.

I want to sincerely thank you for making last night’s Wiley event possible. I liked that you highlighted some of the countries that the US has partnered with besides Russia or China - the UAE Mars rover was super interesting. The discussion was excellent, and you did a wonderful job explaining the US role in space. We greatly appreciated your insight and hope you had an enjoyable experience as well. Your participation in this event allowed us to continue our purpose of providing thought provoking discussions to the campus community. It was an honor to meet you and a privilege to host you. 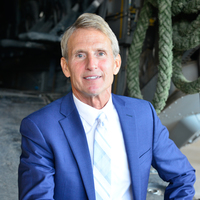 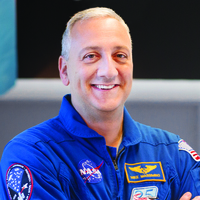