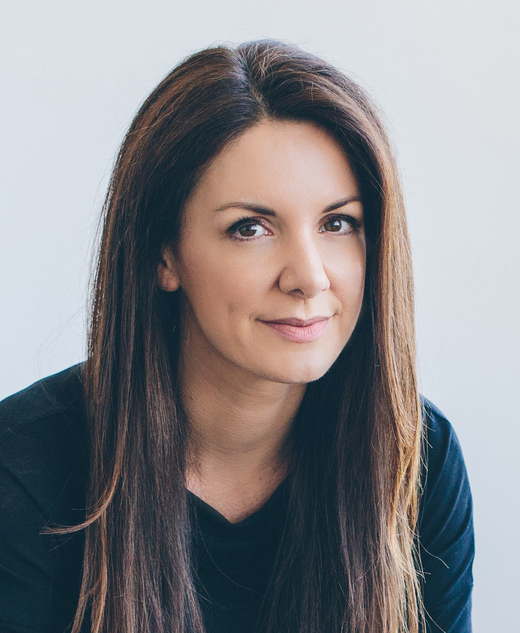 Sharing the story of her accelerated rise up the corporate ladder, from her start working as a hostess to leading some of the world’s best-known food brands, Kat Cole provides insight and perspective on what it takes to create and lead successful teams, drive innovation and growth, lead with heart and sustain excellence.

Kat Cole’s improbable rise from working as a Hooters Girl to running a billion-dollar brand in under two decades is an exemplary story of grit, service and hustle. Her belief system about how to do business and make tough decisions, her strategy around building brands, managing change and innovating business models, and her unrelenting commitment to serving others have continued to prove successful. Curious, helpful and armed with a tenacious work ethic, Cole rapidly worked her way up through the corporate ranks from humble beginnings, learning from and building strong teams. By the time she was 26, Cole had already earned the role of vice president of multinational brand, doing $800 million in revenue at Hooters. She was soon recruited by FOCUS Brands and Cinnabon to serve as chief operating officer, was promoted to president of the company within three months, and simultaneously worked to earn her Master of Business Administration degree. Cole accomplished this without ever finishing her undergraduate degree. Widely respected for her skills in business model innovation, brand building, servant leadership, and the ability to build strong, flexible teams, Cole reveals the skills and mentalities that helped catapult her monumental success.

Outside of her role at FOCUS, Cole serves on the United Nations Foundation Global Entrepreneurs Council. Additionally, serving as an investor and advisor to many young startup companies keeps Cole in the know as a contemporary corporate leader, bridging with worlds of global corporation and emerging startups, Wall Street and Main Street. She has been featured on CBS’s Undercover Boss, and her business philosophies as well as inspirational stories have been featured in publications ranging from Forbes, Inc., and Fortune to Cosmopolitan, Real Simple and Glamour. Cole has received many accolades, including being named one of Fortune’s “40 Under 40” and to CNBC’s “Next 25 List of Rebels, Leaders and Innovators.”

Figure it Out, Iterate and Adapt Faster

Human Resources and Leadership: Create a Culture of Openness to Drive Innovation

Courage and the Coalition of the Willing

Be a Leader of Innovation and Progress: How to Iterate, Adapt and Succeed Faster

During Kat Cole’s over four-year tenure as president, Cinnabon, a company then struggling to be competitive, quickly resurged as a multichannel, global brand with over 1,200 stores in 56 countries and saw its sales pass the $1 billion mark. Cole knows you innovate and succeed faster when you are more observant and immersed in the action, and understands which qualities are critical to help you iterate and adapt more quickly—even in traditionally slow or mature industries and organizations. She also knows that it takes hustle, heart, grit and resilience to follow through after you have taken an initial risk. From her well-known “hotshot rule” to her lessons in “hustle muscle,” Cole shares the most significant stories and lessons about leadership and innovation that she has learned throughout her esteemed career. She explores how to discern meaningful patterns, explains the essential qualities and characteristics she looks for in new hires, and addresses how to manage tough decisions and impactful innovations that may have short-term trade-offs, but will provide great return in the long run. In this revealing, authentic and compelling presentation, Cole can customize her remarks to speak expertly on a variety of topics, including:

Kat Cole draws heavily on her own personal and professional experiences and upbringing to share how they have greatly impacted the leader and woman she is today in this inspiring and thought-provoking presentation. Sharing the story of her rise from humble beginnings to powerful global executive, Cole shares how some of the most important lessons she has learned about leadership are lessons she learned as a young child growing up with a single mother. Whether she is doing humanitarian work in Africa or running a multinational billion-dollar brand, Cole understands the power of acts of empathy and believes that you have to have hustle and heart to get where you want to go. She carries and shares the beliefs that employees and companies are built to last when they stand for something that matters and make a positive impact. In addition to Cole’s passion for creating and highlighting opportunities, innovation and community building, helping women succeed in business and leadership is another topic to which she can speak. An active angel investor, humanitarian and philanthropist, she remains engaged and focused on elevating self-sufficiency through education, technology and access to opportunities around the world.

Whether you are building a brand or need to revitalize one, no one has better insight on the grit and resilience required to do so than Kat Cole. Why does a brand matter? What is your role—as an employee at any level—in building and upholding a brand? How do you build a brand culture? How do you culturally and operationally integrate a new brand or reposition an old one? How do you redefine yourself, your team or your company? There are many risks associated with the fact that a brand is in the hands of many people, but there are also many opportunities. With a wealth of experience and success working with brands, Cole answers the crucial questions most pertinent to your audience, and sharing stories from her own career and her involvement in various sectors can help organizations and brands in any industry expertly navigate the complex challenges that they face.

Kat Cole absolutely blew away the Workhuman audience as a keynote. Her authenticity mixed with leadership lessons were a revelation for our HR and business leader attendees. Kat is the rare keynote speaker that combines “in the trenches” knowledge as a proven business leader with down-to-earth inspiration as a good human. I can honestly say I have never seen a speaker quite like her and can’t recommend her enough.

Kat Cole was FANTASTIC!! Home run all the way around and the BEST keynote the AE Institute has ever had! She customized her presentation to a tee! Our audience was completely wowed by her level of knowledge about our audience. Great job!

Kat Cole was a fabulous addition to our Annual Conference! Our attendees were beyond impressed. One former leader remarked 'on a scale from 1 to 10, she was a 50.'

Kat has proven to be a person of rare insight, able to share a powerful message in a captivating way. She has the unique ability to craft her message in a way that easily connects to the listener, while making it a fun, interesting, and memorable experience. Even several weeks past the keynote, I'm still hearing comments from some of our 400 attendees including, "Kat was awesome, I feel energized today!" and "Please, please, please bring back Kat or at the very least more speakers who can tell a story the way she did" and "Thank you for bringing out a speaker who did not try to kill us with PowerPoint. Kat helped connect the dots from all of our sessions.

Awesome! She really knows what HR is all about and found multiple ways to connect what she learned to our field. She was also the only person to talk about the mistakes she made in her career. By far the best speaker of the conference.

Kat was outstanding! I was in awe while she spoke. After her speech I wanted to get to work and be a girl boss like her! Kat’s takeaways were tangible and easy. She was a total hit. Everyone absolutely loved her.

Kat Cole was one of the best speakers PLUS has ever had at our events. She is articulate, energetic, brilliant, and more importantly, has a great message that crosses generations and sexes. Her message appealed to every segment of our audience and she was friendly and very giving of her time. I would highly recommend her to any audience looking for a solid business and/or leadership message and her story was also uplifting and inspiring. Her delivery was captivating and well received. We loved her. As far as speakers go, she has it all.

I was in Chicago for our global HGI conference and wanted to say thank you for your fantastic, engaging and motivating speech. This was my fifth HGI conference in the last 20 years and as you can imagine I have been to quite a few conferences. Your presentation was by far the best I have ever seen!

We had the privilege of Kat Cole delivering the keynote address at our Annual Global Conference, and our team was blown away by her candor, wisdom and engaging style. On stage Kat pairs her business prowess, self-awareness and commitment to learning with a genuine desire to help others succeed, making her a truly captivating and enlightening presenter. She took the time to understand our business and team, resulting in a presentation that was motivational, relevant and real; by far the most impressive and impactful keynote our team has ever hosted. 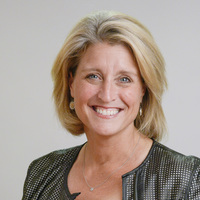