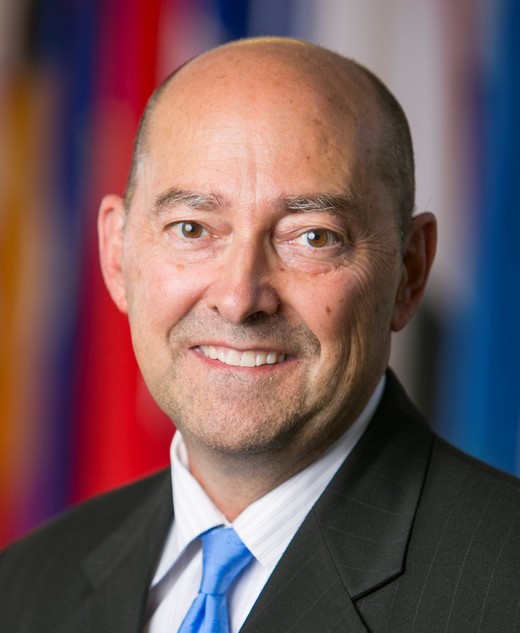 Admiral James Stavridis is a retired 4-star admiral in the U.S. Navy who led the NATO Alliance in global operations from 2009 to 2013 as Supreme Allied Commander with responsibility for Afghanistan, Libya, the Balkans, Syria, counter piracy, and cyber security. Subsequently, he served for five years as the 12th dean of The Fletcher School of Law and Diplomacy at Tufts University. Earlier in his naval career, he also served as Commander of U.S. Southern Command, with responsibility for all military operations in Latin America from 2006-2009. He holds more than 50 medals, including 28 from foreign nations. In 2016, Admiral Stavridis was vetted as a Vice Presidential candidate by the Hilary Clinton campaign, and after the election was invited to meet with President Elect Trump to discuss a cabinet level position in the Trump Administration.

As a naval officer, he commanded the top ship in the Atlantic Fleet, winning the Battenberg Cup, as well as a squadron of destroyers and a carrier strike group – all in combat. Admiral Stavridis earned a Doctor of Philosophy degree in International Relations and has published ten books and hundreds of articles in leading journals around the world. His ninth book, Sailing True North: Ten Admirals and the Voyage of Character, hit number 10 on the Amazon national best seller list. His tenth book, 2034: A Novel of the Next World War, is fiction and was released in March 2021 -- it debuted at number 6 on the New York Times bestseller list and number 7 on the Amazon combined fiction / nonfiction bestseller list. His 2012 TED talk has over a million hits across the internet, and he speaks Spanish and French. Admiral Stavridis is a monthly columnist for TIME magazine and Chief International Security Analyst for NBC News. He is currently an operating executive of The Carlyle Group, the international private equity firm and serves as the Chair of the Board of Counselors of McLarty Global Associates, an international consulting firm. He is also Chair Emeritus of U.S. Naval Institute. His focus is on cybersecurity, geopolitics with an emphasis on US China relations, NATO, innovation, strategic communications and leadership.

Adm. James Stavridis on The Pacific and the Rise of China

Admiral James Stavridis: Sea Power: The History and Geopolitics of the World's Oceans

Adm. James Stavridis and The Tale of Two Scientists

Leadership and Geopolitics in the Time of Coronavirus

Drawing on his decades of experience globally, Admiral Stavridis describes the leadership tools necessary to work through this crisis. The leadership lessons are applicable from the White House to Fortune 500 companies to small businesses, as enterprises seek the right path forward and think through new business practices and even personnel systems to select post-crisis leaders. He will also describe the geopolitics of a new emerging global security environment and how the virus will affect not only the US, but China, Russian, Europe, and emerging markets. In particular, the Admiral emphasizes changes in the cybersecurity environment that will evolve in a world that is more digitally dependent than ever. Typically a 30 minute presentation with 30 minutes for questions, it adapts perfectly to virtual systems in a tight 60 minute presentation.

Coronavirus and Geopolitics - What are the Implications?

In this presentation, Admiral Stavridis draws on his multiple operational experiences dealing with medical crises, including both Ebola in West Africa and Cholera in Haiti to discuss the role of our military in responding to this world-threatening pandemic. He will discuss historical precedents, including the notorious Spanish Influenza of 1918-1919 and the deadly Avian Flu of 1997, which had a 60% mortality rate. Most importantly, he will put the pandemic into a global economic and geopolitical perspective, discussing how this will impact the trajectory of China, the turbulence in the Middle East, and economic development in Africa and Latin America. Audiences will leave with broad ideas to respond positively and better prepare for future biological events.

Beyond the Horizon: 21st Century Global Security and Risk

After nearly 10 years at the four-star level as a global combatant commander and senior military assistant to the Secretary of Defense, Admiral James Stavridis gives a global overview of the risks, opportunities and strategies for successfully creating a secure nation, government and business community. This tour d’horizon is very effective for business audiences investing worldwide.

The Secret to Being an Effective Leader

Based on James Stavridis’ nearly four decades of military service, he advocates a unique model of “leader as servant.” He believes in the power of people and shares with audiences specific ways to unlock their strength through positive reinforcement and innovative incentive systems. In particular, he helps audiences leverage lessons learned from their own experiences, understand how to identify role models, and gain insight into leadership strategies from other cultures—both the positives and negatives.

Emerging security concerns will be addressed in the future with a combination of cyber capabilities, unmanned vehicles and drones, and special operations forces. In particular, the reach and function of cyber tools will change how we view the world and keep ourselves safe in it. Admiral James Stavridis lays out the future of 21st century security tools that are very nontraditional in their reach and application. He describes for audiences how the world of international defense is fundamentally changing before our eyes, and how that will impact business, personal life and the global marketplace.

China and the USA: How the 20th Century Unfolds

Admiral Stavridis, an expert on China who spent over half his career in the Pacific Fleet, takes audiences through the history and culture of China and describes how the US and China have emerged as the two crucial superpowers of the 21st century. He describes the ongoing conflict between the nations in trade, tariffs, intellectual property, global influence and the "hotspot" of the South China Sea. The Admiral then lays out a prescription for avoiding a conflict with China in the decades ahead, with predictions of the evolution of the global landscape as it will be influenced by the US-China relationship. A must see experience to understand the big issues ahead for the world.

Unlocking the Middle East and the Role of Israel

Based on decades of experience in the Middle East and Levant, Admiral Stavridis walks the audience around the region with deep emphasis on Israel.  He has personally met with all the key leaders of Israel from the Prime Minister to all the recent Chiefs of Defense and many Knesset members.  As the Commander of NATO, he was charged with the NATO-Israel relationship, and as Commander of US European Command, he went frequently to Israel and was responsible to the President and Secretary of Defense for the US-Israeli military relationship.  His perceptions on the future of Israel and the entire region are powerful and grounded in deep experience.

James Stavridis, named a “Renaissance Admiral” by The New York Times, is a visionary leader and the longest-serving global combatant commander in recent American military. He’s widely recognized for his paramount expertise in strategy, tactics, diplomacy, national security, and strategic communications. His persistence and promotion of durable partnerships among nations have been critical in establishing the U.S. military as a solid and highly effective unit of intelligence and manpower. Adm. Stavridis will share poignant lessons with your executive leadership team on how to address your company's most pressing challenges and take command of your future.

Admiral Stavridis’ comments on leadership and the guiding principles he shared around innovation and communication were both relevant and timely. The message really resonated with the team and served as a great set-up to the rest of the day.

Admiral Stavridis was very, very interesting and had a great delivery.

Great event! Admiral Stavridis was a big hit. Several people suggested he should run for president - building bridges and not walls. We were very pleased.

What an honor it was for Calvin and our series to host you (Adm. James Stavridis). Thank you for your insightful presentation. We learned, we were entertained, and we were inspired. I believe our audience could have drank from the deep well of your experience and knowledge for many hours.

The ADM. quite possibly gave the most informative, dramatic, and finely delivered presentations in our history. It was a rapt audience that hung on to every image and word the ADM. projected. The PP with images was essential. I cannot say enough about this speaker.

Everyone here at PYMNTS is so appreciative for Adm. Stavridis’ outstanding talk – he was such a hit! Everyone was buzzing about it for days, people LOVED him at the conference. He was such an amazing, and engaging speaker (and person)!

Admiral Stavridis rich career has allowed him to experience first-hand the many challenges we face as a society. His insights bring clarity and offers solutions to these challenges. Admiral Stavridis presented the audience with the ‘behind-the-scenes’ maneuvering of many ‘hot-spots’ that we as a nation have encountered in the past 20 years. After meeting Admiral Stavridis you certainly understand why presidents, other military leaders and leaders of industry call upon him to navigate extremely difficult and dangerous situations.

Adm. James Stavridis was a big hit, both last night and at the luncheon today. Thanks for recommending him, he was very well received.

Fort Worth Chamber of Commerce

Admiral Stavridis is a phenomenal keynote and an overall wonderful speaker to work with due to his expertise, approachability and cooperation. His message and content resonated perfectly with our audience. Our attendees couldn’t say enough good things about him. We hope to work with him again in the future.

It is rare to encounter such an accomplished individual with such a clear vision in the area of foreign affairs and defense. This, combined with meeting a mighty fine and warm human being, made our time together and your time with our Steering Committee very memorable.

Your lecture and Q&A responses were extremely well received. I would say that at least a dozen people contacted me to indicate, “he was the best speaker we have ever had in our speaker series.” Your after-dinner insights caused our Steering Committee further and deeper opportunity to benefit from your leadership perspective on multiple and important topics.

Sea Power: The History and Geopolitics of the World's Oceans (opens in a new tab)

The Leader's Bookshelf (opens in a new tab)

The Accidental Admiral: A Sailor Takes Command at NATO (opens in a new tab)

Partnership for the Americas: Western Hemisphere Strategy and U.S. Southern Command (opens in a new tab)

Destroyer Captain: Lessons of a First Command (opens in a new tab)

Command at Sea (opens in a new tab) 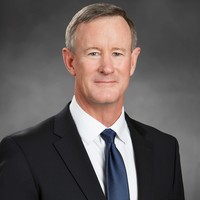 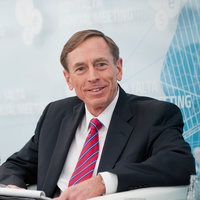