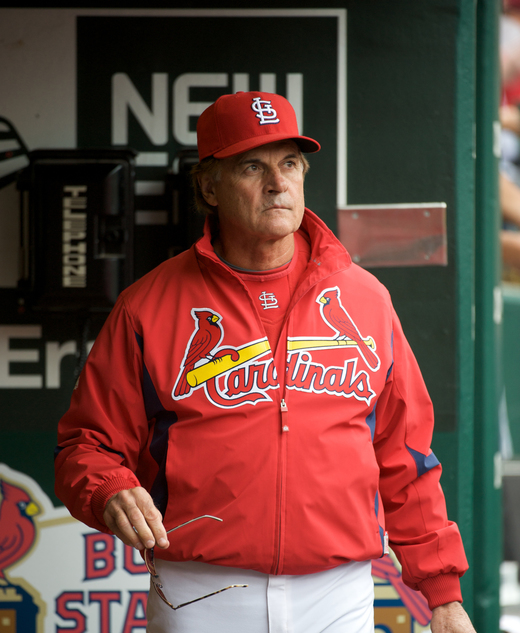 With three World Series titles and six pennants to his name, Tony La Russa is widely considered one of the best managers in Major League Baseball history, yet the insights he shares are bigger than baseball—leadership qualities and a relentless approach to preparation that inspire greatness in others.

Tony La Russa’s approach to winning is embodied in a relentless style for competing at the high levels that includes several factors, a strategy that has helped this legendary manager of the Chicago White Sox, the Oakland Athletics and the St. Louis Cardinals clinch an almost unheard of three World Series titles, six pennants and innumerable record-breaking victories. In his third and most dramatic World Series win before retiring as manager of the Cardinals—the first manager to leave the game on top—La Russa took the Cardinals from a team that finished 18 games over .500 to become the league champions celebrated by the sporting world. He was unanimously elected to the Baseball Hall of Fame by the expansion era committee and he come out of retirement to be the Chief Baseball Officer of the Arizona Diamondbacks. Known for his dogged approach to the game, La Russa rose above his counterparts through studying the facts—a potent strategy that allows him to trust his leadership instincts and which leads to great achievement both on and off the field. Having inspired extreme loyalty from his players, La Russa reveals seldom-heard stories, such as how believing in each player’s ability—even when others did not—provided the platform to obtain amazing come-from-behind victories. Author of One Last Strike: Fifty Years in Baseball, Ten and a Half Games Back, and One Final Championship Season (Fall 2012), audiences will be motivated by the leadership lessons this baseball icon has learned along the way and by his passion and relentless commitment to his team.

*In partnership with IMG Worldwide, Inc.*

Tony La Russa details the keys to his successful leadership—before, after and especially during the game—which can be applied at every level to help your team realize new heights of professional performance. Having inspired extreme loyalty from his players, he reveals the seldom-heard stories of why believing in each player’s ability, even when others did not, provided the platform for them to obtain amazing come-from-behind victories. La Russa has proven that studying the facts relevant to your business allows you to trust your instincts and is a powerful strategy that can lead to great achievement.

What Other Organizations Say About Tony La Russa

Tony La Russa was great. He did a wonderful job beforehand with the Board, during the actual lecture/Q&A, and then at the reception. He was incredible during the one-on-one time and took time to speak with everyone while taking pictures and signing autographs. He really wanted to make sure everyone was pleased.

One Last Strike: Fifty Years in Baseball, Ten and a Half Games Back, and One Final Championship Season (opens in a new tab)