Positioned at the intersection of news, politics, and the cultural issues facing everyday Americans, Richard Fowler's fresh style and out-of-the-box thinking spurs audiences across the country to action and pushes all ages and demographics to ask more of themselves.

When we strip away all the labels, we all want the same things: to be able to provide for ourselves and our loved ones, to live without fear, and to ensure that our kids have better opportunities than we did. Richard Fowler is a fresh voice that gets that.

As a nationally syndicated radio host, Fox News Contributor, and millennial messaging expert, Richard’s non-traditional spin on populism has taken audiences by storm. He spends his time working to find the middle ground and real solutions to complex problems facing this nation. As a gay man, Fowler understands this fight more than most, having fought for equality his entire adulthood.

From his campaign work uncovering the deplorable school conditions in the Detroit Public School system to his effort training and equipping hundreds of millennials to run for office and take charge of their community, Richard brings a sense of realness to everything he does.

When asked what drives him, Richard says, “Talk is cheap. Our country needs real solutions, and they will come from our greatest resource – our people.”

Richard believes that through real conversation, we can tear down many of the walls that divide us. He fulfills this promise each week on his radio show by informing, empowering, and helping folks understand one another from all walks of life. 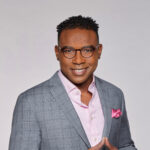 Could Senate Strike a Border Wall for ‘Dreamers’ Deal?