“Her talk at Microsoft Research both provoked and inspired, setting off an active conversation that continues to this day and world-wide within the company.”

An engaging storyteller and visionary thinker, Rachel Botsman’s skill lies in discovering and explaining paradigm shifts happening in the world and making them meaningful to a wide range of audiences.

Rachel Botsman writes and researches about how technology is transforming trust and what this means for life, work, and how we do business.

Who Can You Trust? How Technology Brought Us Together – and Why It Could Drive Us Apart (Penguin Portfolio) is her second book, following the highly-acclaimed What’s Mine is Yours: How Collaborative Consumption is Changing the Way We Live (HarperCollins, 2010), in which she predicted the rise of sharing economy companies such as Airbnb, Zipcar, and Uber – long before they became popular.

The concept was subsequently named by Time as one of the “Ten Ideas That Will Change the World.” Botsman is a lecturer at Oxford University’s Saïd Business School, where she designed and teaches the world’s first MBA course on the “Collaborative Economy” and a new course on “Trust in the Digital Age.”

Botsman is a thoughtful and humorous storyteller who specializes in simplifying big, complex ideas to make them meaningful for a wide range of audiences. She is known for her TED Talks, which have been viewed more than 4 million times and subtitled in 29 languages.

Named as one of “The world’s top 20 speakers to keynote your conference” by Monocle, she is described by clients including Google, Microsoft, Xerox, Accenture, and various government agencies as a “standout favorite for audiences,” with a “rare and visionary intellect.”

Rachel Botsman on the Currency of Trust

Rachel Botsman and the Trust Barometer

Rachel Botsman at Davos WEF Panel - In Technology We Trust?

TED Talk: Rachel Botsman on the Flowing of Trust

Rachel Botsman: Trust is Something Given to You

The Currency of Trust

Leaders in organizations of all shapes and sizes are asking the same question: How do we build more trust? Yet it’s not quite the right question to be asking. Trust is given to us; it’s something we earn slowly, over time. It sounds simple but it's increasingly challenging when it feels like we are living in an age of trust on speed.

From a decade of research and working with Fortune 500 companies, Rachel Botsman has observed how the way we think and talk about trust often doesn’t reflect the way trust works in the digital age. She provides clear insights into how we can make smarter trust decisions in different areas of our life. Through engaging stories, Botsman explains the four traits that create trustworthy environments and how to empower leaders, employees, and colleagues to harness the true value of trust.

• A powerful way of thinking and talking about trust, setting you up to be a better leader, team player, partner, and parent

Who Can You Trust in the ﻿Digital Age

From government to business, banks to the media, trust in institutions is at an all-time low. We might have lost faith in some organizations and leaders, but millions of people hop into cars with strangers, exchange digital currencies, or depend on algorithms for recommendations. We still trust: but not the way we used to. Digital technologies are creating one of the biggest trust shifts in history – from institutions to individuals.

Drawing on her latest book Who Can You Trust?, Rachel Botsman explains why trust and influence now lie more with “the people” – family, friends, colleagues, even strangers – than with experts or elites. This eye-opening keynote provides a dynamic guide to how trust is built, managed, lost, and repaired in the digital age. Who can you trust in the Digital Age?

Imagine the first time we swallow a digital-tracking pill, hand over our life to a self-driving car, or let a robot babysit our kids. There’s one thing all these leaps require: trust. But in an era where we are increasingly alarmed about issues like tech addiction and privacy, how can we be persuaded over the chasm of fear and encouraged to take a risk on something new?

In this dynamic keynote, Rachel Botsman reveals the fascinating relationship between trust, risk, and innovation. Bringing together a wide range of research and stories, she explains ways to overcome common trust barriers and how people learn to trust strangers, products, and ideas.

• A clear understanding of how trust leaps enable innovation and change

• A new lens on efficiency, speed, and trust and the importance of the human touch

Not one single day has gone by since the event without external and internal commendations on your engagement with our audience. Your message really connected and impacted the entire audience. It was also evident via our social engagement metrics.

She kept our 2000 delegates on the edge of her seats for over an hour not only with the quality of her content but also with her humor and engaging speaking style.

The audience scored Rachel 4.84 out of 5.00. That’s amazing.! She helped to more than double the attendance of the conference this year over last.

Her talk at Microsoft Research both provoked and inspired, setting off an active conversation that continues to this day and world-wide within the company.

The ratings from our audience for Rachel were amongst the very highest we have ever received. Rachel’s presentation was both motivating and energizing, seasoned with critically important cases studies from companies that are transforming industries and lives.

Why Distrust Can Be Good and Transparency Isn't the Cure: Rachel Botsman on Trust Myths

Trust in the Digital Age

Dawn of the Techlash

Who Can You Trust?: How Technology Brought Us Together and Why It Might Drive Us Apart (opens in a new tab)

What’s Mine Is Yours: How Collaborative Consumption is Changing the Way We Live (opens in a new tab) 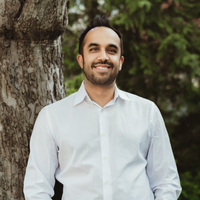 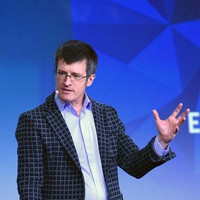