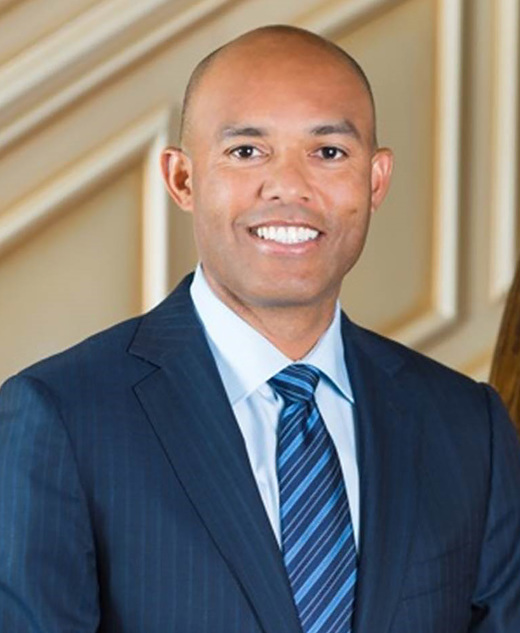 One of the best pitchers in the history of baseball, Mariano Rivera shares his inspiring story of perseverance and drive to explore how he overcame a humble upbringing and career obstacles to become a Yankees legend and a baseball Hall of Famer.

The greatest relief pitcher of all time, Mariano Rivera personifies greatness with his extraordinary story of perseverance, drive, and building a legendary career from the ground up.

The pitch that pulled him out of poverty in Panama and onto the greatest baseball fields of all time is not unlike the man himself – unassuming, yet powerfully effective.

Honed by his natural ability and an unwavering dedication to improvement, Rivera’s legendary cutter bore in on the hands of hitters, making it nearly impossible to hit, and cementing the humble pitcher’s legacy in the long and storied history of the sport. In early 2019, Rivera, whose elegant efficiency helped the Yankees win five World Series, became the first player ever elected unanimously to the Baseball Hall of Fame.

Even though he’s hung up his cleats, Rivera continues to share his powerful message of perseverance, focus, and calm. These elements, he believes, are the keys to success – whether you’re on the diamond or in the boardroom.

“If I did it, anybody can do it,” Rivera says. “Some people believe they don’t have a chance to reach their goals, but that’s the message I want to bring across: Yes, you can fulfill your dreams.”

Rivera’s road to success is captured in his bestselling autobiography, The Closer. With his trademark humility and humor, the thirteen-time All-Star discusses his drive to win, the secrets behind his legendary composure, and why the lowest moment of his career became one of his greatest blessings.

Beyond the sport, faith and philanthropy also play a huge role in Rivera’s life. His Mariano Rivera Foundation aims to provide educational opportunities for low-income students, while he and his wife have also rescued and renovated the Refuge of Hope Church in New Rochelle, N.Y. To him, his success in baseball has simply provided him a platform for doing a larger good.

As a speaker, Rivera brings audiences into the locker room of those legendary Yankees teams, sharing incredible stories from World Series games, from a unique perspective. He details the hard work it takes to succeed – whether it’s the highest level of the game or with any personal goal – offering actionable advice for overcoming obstacles.

Explaining how the urge to excel, which lies dormant in so many of us, led him to achieve success and never let go, Rivera shares what it means to be on a constant quest to keep learning and moving forward.

When facing high-stakes situtations, Hall of Fame closer Rivera is known for his ability to come through at the clutch because he took a simple approach. “If you don’t control your emotions, your emotions will control your acts,” he says.

One of the most venerated players in baseball, Rivera was beloved by his team, in part because he treated superstars and young players alike. It’s a belief he says carries enormous weight. “Don’t wait for people to give you respect in order to give them respect,” Rivera says.

Mariano Rivera describes how the Yankees can overcome juries

Mariano Rivera On Life After The New York Yankees | MSNBC

Mariano Rivera at Liquid Church - "Communication Is Everything"

Mariano Rivera reacts to his historic Hall of Fame induction

The greatest relief pitcher of all time, Mariano Rivera personifies greatness with his extraordinary story of perseverance, drive, and building a legendary career from the ground up.

During an intimate conversation with the legendary pitcher, your audience will be astonished with Mariano’s stories from the field – from the hard work and championships to the bosses and the rivalries. With candor and humility, he shares the struggles of being a Latino baseball player in the United States, while working to maintain Christian values in professional athletics.

Sharing his remarkable path to the United States, the New York Yankees, and the Hall of Fame, Rivera discusses his drive to win – sharing the secrets behind his legendary composure and the development of his skills.

He transports his audience with the untold, pitch-by-pitch account of the ninth inning of Game 7 in the 2001 World Series, and why the lowest moment of his career became one of his greatest blessings.

How Faith Carries You Forward

For Mariano Rivera, his Christian faith played a major role in his success on the baseball field and in his philosophy on life post-sports.

During this discussion, Rivera talks about how he found strength in his faith later in life, how it became the foundation of his charity and educational efforts, and the ways it helped him get through one of the lowest points of his storied career.

A devout Christian, Rivera believes that a higher power was the key to his success, and he is frank in discussing his relationship with God in concert with his career. An ideal speaker for faith-based groups, Rivera brings a warmth and humility to the discussion, befitting a man of his spiritual nature.

The Closer (opens in a new tab)