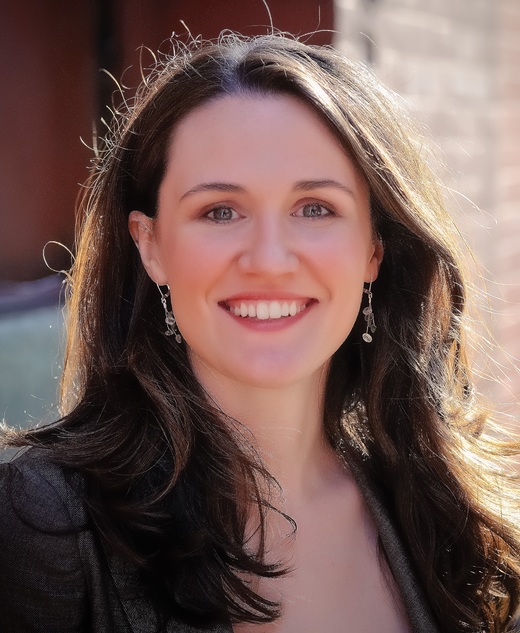 Formerly homeless, Liz Murray transformed her life of despair into an inspiring journey of determination, hope and hard-won success.

The child of drug-addicted parents who routinely ate from dumpsters and sought refuge at all-night subway stations to survive, Liz Murray was homeless at age 15—and fending for her life. Determined not to be defined by her circumstances, she recognized education as the key to a fresh beginning and a whole new way of living. She earned her high school diploma in just two years and won a scholarship to Harvard University that would turn her bleak circumstances into a future filled with limitless possibility. With sincerity, maturity and graciousness, Murray takes audiences along on her personal journey from street smarts to classroom triumphs, instantly becoming an inspiration to both student groups and business audiences alike in need of the motivation to overcome their own obstacles. The subject of Lifetime Television’s Emmy-nominated original film, Homeless to Harvard, Murray graduated from Harvard in 2009, and went on to receive her Masters in the Psychology of Education at Columbia University. Today, as co-founder and Executive Director of The Arthur Project, Murray is a passionate advocate for under served youth, working to end generational poverty through relationship-based learning.

Liz Murray asks What Does It Take To Change A Person's Life?

Liz Murray's advice on When You're Feeling Stuck

Giving Back: Extending Corporate Values into Your Community

While the practice of Corporate Social Responsibility galvanized the business world years ago, companies and organizations continue to voluntarily increase the steps they take to improve the quality of life for their communities and society at large. Employees play a key role in community-based initiatives, but more importantly have an innate desire to be part of something bigger than themselves. Liz Murray’s inspirational story challenges the audience to recognize the opportunity we each have to make a lasting contribution on another person’s life. Employees will find themselves re-charged and ready to step-up as community leaders.

From Homeless to Harvard

A story so powerful it was made into a movie, Liz Murray shares her fascinating, inspirational story of growing up with two drug addicted parents who she began supporting at age 10. Homeless at age 15, the death of her mother was the wake-up call that made her break free of her circumstances and pursue a different path for her life. While living on the streets of New York, she completed and graduated from high school in just two years. Overcoming horrible odds, she won a full scholarship and was accepted to Harvard University. Murray offers one of the most moving, elegant and uplifting tales you will ever hear.

Liz Murray was wonderful! The students and staff were moved and inspired by her presentation. She was such a trooper, signing books and taking pictures with us. She's absolutely the best.

On behalf of the Denver Metro Chamber Leadership Foundation and DaVita, we would like to extend our sincerest thanks to you for all of your work on coordinating Liz Murray’s trip. What a tremendous honor it was to have Liz share her encouraging story with our audience of more than 700 people. She was so gracious and funny in her delivery. We have received glowing feedback about all aspects of the luncheon. Without your efforts and support, the event would not have achieved such high honors. I just want to add that I can’t go anywhere without being approached by people who were at the luncheon and want to tell me how profoundly moved they were by Liz. In 12 years, I have never felt the kind of energy we had that day at a Chamber event.

Liz Murray was wonderful. She was incredibly engaging and her messages were powerful. Our students, especially, really liked her and many commented she has been the best speaker we have had at the school.

I want to thank you for your assistance in bringing Liz Murray to WTAMU. It was a life changing event for so many of us. She spoke before a packed auditorium.

Liz Murray is an amazing person with a beautiful spirit! She wowed the students and adults and was an excellent speaker for a crowd of donors, particularly, with her message of compassion and giving back.

Liz captured the hearts and respect of over 1,000 guests. The luncheon was a great success. Liz was charming as well as inspirational and sent exactly the right message from the Society.

Liz Murray absolutely hit it out of the park. Liz’s first appearance was in front of several hundred at risk youth in the Edmonton area and the feedback was universally positive. She was described as “engaging”, “honest” and “real” by the teachers and student alike.

The Women’s Retreat was a huge success last week in Philadelphia and Liz Murray, naturally, was amazing! She closed out our event with just the right tone, message and feeling and did a terrific job of helping us land our theme of Purpose which clearly, is what she is all about.

We were so honored to have Liz Murray speak to our group. Liz is a powerful mix of humor, inspiration and humility. She kept the audience in rapt attention while telling her deeply moving story of resilience.

Our gala was a big success and was very well attended. Liz's presentation was great and I everyone loved her message.

Liz Murray is just an amazing person, her story changed this community; she seriously left an imprint on us. Our student, faculty and parents are still talking about Friday. I feel blessed to have spent the entire day with her. Out of all of the companies we have worked with your company surpasses them all.

To Liz Murray: On behalf of myself and my company I want to sincerely thank you for speaking to our team last Thursday in Atlantic City. As you know, speaking to a group of sales people can be difficult and it is clear that you really connected with the audience on a personal level. No less than a dozen people came up to me later that day and told me that they had never had such an amazing or inspirational guest speaker at this company or anywhere else they’ve worked. You delivered a message that energized, challenged, and encouraged people to think differently about both their personal and professional lives and you exceeded all of our expectations. THANK YOU!

Liz Murray was a delight and the event was a success! She could not have been easier to work with. She was gracious both at our event and an extra event she agreed to appear at the next morning at a local foundation. Her story resonated with our audience as homelessness is a real issue in Sarasota, FL and she humanized the topic for them. Everyone was on the edge of their seats throughout her presentation. Content was A+ and delivery was A+. There was even chatter of other groups wanting to bring her back. Would recommend her to anyone!

I’m thrilled to have the opportunity to tell you just how great Liz Murray was. The audience of 500+ was fully engaged. Liz seemed so genuine and the audience seemed to really respond to her and what she was saying. I have heard the most positive reviews of the program from students, faculty and administrators. All those in attendance seemed inspired by her story and by her message. Thank you again for all of your help bringing Liz to our campus.

The students were very moved by her speech. Several of them went to their last period classes in tears they were so touched by her story. We had an overwhelming response from the students and the teachers about how they appreciated the motivation right here at the end of the year. Very well worth our time as a campus.

Liz Murray's remarks were inspirational. She moved us with her heartfelt story and inspiring outlook.

Liz Murray received a rating of 9.9 from our group - by far one of the best events ever in the history of our chapter. More than a week later, people are still talking about the impact she left.

Liz Murray did such an amazing job at our school. I realize how difficult it may be for any one person to speak of an experience so intimate in nature, but to speak 3 times in a gymnasium filled with 700+ teenagers at a time could be very taxing. She did an outstanding job! She had a very powerful message to share and we are all very thankful for her visit. I really want to thank you for all your help and support leading up to our big day. Everyone I spoke to at WSB, via phone or email, were (are) so friendly, professional, and every efficient. Your organization made it possible to have one of the best presentations I've seen in my 12 years at this school. I hope to work with you more in the future.

The event was wonderful! The students and other guests in the room were hanging on Liz Murray’s every word, and the waves of emotion that would come over the audience were palpable. I am truly grateful to have had this opportunity to bring Liz to our campus. The sincere expression of real hope that Liz sends is a message that must continue to spread. I am certain that everyone who is fortunate enough to hear her story will be able to take home a piece of her genuine determination and honesty. Thank you on behalf of everyone she has impacted on our campus for having the insight to have Liz Murray among your collection of very prominent speakers. You are to be commended for your vision.

Liz Murray was fabulous! She made such a wonderfully positive impact on our audience. We are so honored to have had her speak to our donors and potential donors. There is nothing that you could have done better. Liz was so easy to please and you were great to work with. Thanks for all of your help – honestly, we have spent most of the day receiving compliments on Liz and her sharing her story with us.

Liz Murray’s ability to connect with the audience was amazing. Our guests had nothing in common with her early life; her story played out in a world they could never even imagine. Yet from the moment she took the stage, everyone was locked in. There was laughter, there were some tears, and such enrapt silence in between that you could have heard a pin drop. (That sounds trite but is exactly what one of our major donors said later.) I’ve never attended a fundraising event at which a speaker had this much impact. For me, the best way to describe Liz Murray on stage is that she shines. Her humanity, her love, her great desire to connect and inspire absolutely shines through in her face and her words. It is unforgettable.

Liz’s speech was fantastic! All of our attendees were blown away by her delivery and almost comedic nature of speaking about such a traumatic life story.

Breaking Night: A Memoir of Forgiveness, Survival, and My Journey from Homeless to Harvard (opens in a new tab)

Homeless to Harvard: The Liz Murray Story (opens in a new tab)