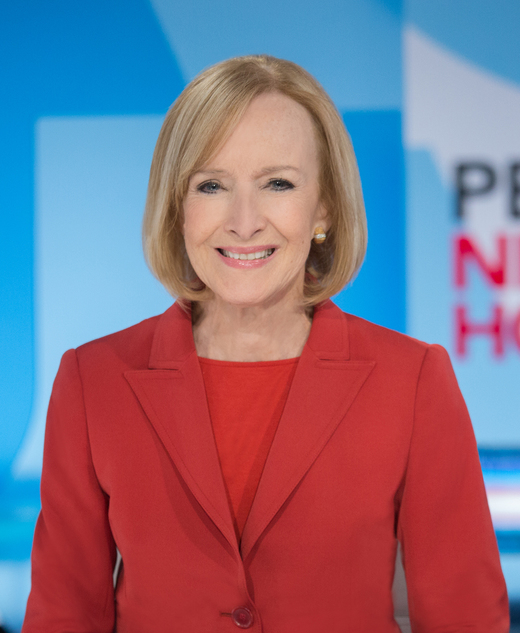 Through a combination of hard news and political experience, Judy Woodruff became a trusted voice and an admired broadcast journalist. Today, she is anchor and managing editor for the PBS Newshour and she has also contributed to a series of national reports on views of young Americans. Her tested experience and tough-minded journalistic acumen help audiences make political sense of the politically insensible. The former host of CNN’s Inside Politics, Woodruff brings decades of broadcast experience and coverage of eight presidential elections to the table as one of America’s most accomplished political journalists. In addition to her work for PBS, Woodruff also hosts Conversations with Judy Woodruff, a news interview program on Bloomberg Television.

In April of 2017, Arizona State University's Cronkite School of Journalism and Mass Communication honored Woodruff and the late Gwen Ifill with the 2017 Walter Cronkite Award for Excellence in Journalism. When Woodruff and Ifill were announced as co-anchors of the PBS NewsHour in 2013, it marked the first time that an American network broadcast would be co-anchored by two women.

Behind the camera: Judy Woodruff on reporting in an era of political polarization

PBS News Hour: After Life-Shattering Loss, Sheryl Sandberg Reaches out to Others in Grief

Judy Woodruff's presentation draws from major national and international stories and provides an inside perspective of the politics in play. Each speech is customized to the event, discussing events and issues the audience cares about, in an insightful and engaging way. With years of experience as a broadcast political journalist, she gives her take on reporting and interacting with the Washington political scene.

What Other Organizations Say About Judy Woodruff

Ms. Woodruff was one of the friendliest, most accommodating speakers we have ever had. She took extra time with our students, faculty and staff, which is really what makes for an effective and enjoyable program for us. She was also a fabulous speaker.

University of North Carolina at Pembroke