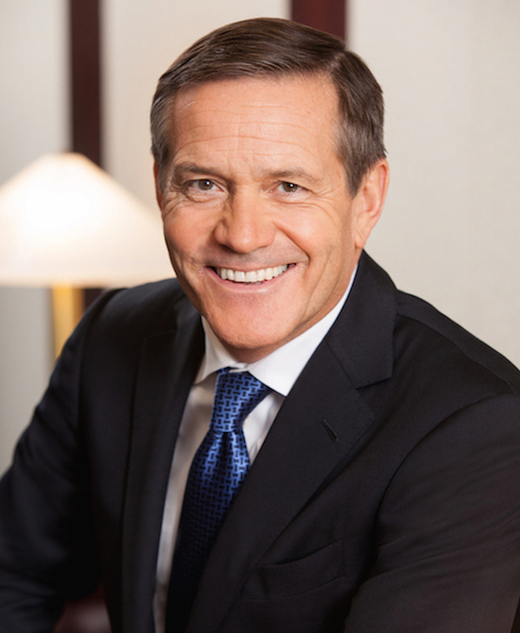 Having served in leadership positions in the financial services industry for three decades, John is a pioneer of authentic stewardship, who made the decision to reimburse clients affected by the collapse of a money market mutual fund. He most recently served as CEO of RBC Wealth Management – U.S., one of the leading full-service retail brokerage firms in the United States.

John Taft is a thought leader who affirms the importance of stewardship as a core principle for the financial services industry. Whether leading transformational change on diversity issues during his tenure at RBC, or serving as the chairman of the Securities Industry and Financial Markets Association (SIFMA) in 2011, John understands the importance of responsible finance to improving the quality of life for all members of society. Always committed to his community, John has served a wide range of not-for-profit and public service organizations. He is the author of two books: Stewardship: Lessons Learned from the Lost Culture of Wall Street (John Wiley & Sons, 2012) and A Force for Good: How Enlightened Finance Can Restore Faith in Capitalism (Palgrave Macmillan, 2015). As the great-grandson of U.S. President William Howard Taft and grandson of Senator Robert A. Taft, John comes from a distinguished family well-known for its commitment to integrity.

A Force for Good

You’ll Ruin This Place When You Leave - Leading through Culture

The pace of change in the business world is accelerating, driven by technological innovation, regulatory reform, the demographics of aging and the possibility that future growth rates may be below historical averages. How do executives navigate in an environment of hyper-evolution? By building and defending strong cultures—creating environments in which employees feel welcome, engaged and free to be authentically who they are. Where they feel they are part of something special and see themselves working to make a positive difference in the world.

Under President Trump, we are about to experiment with a radically different approach to economic policy. The premise? By freeing American businesses from over-regulation, renegotiating “bad” trade deals, punishing companies that move jobs overseas, limiting immigration, reducing taxes and investing in infrastructure it will be possible to rekindle the animal spirits of American entrepreneurialism, repatriate hundreds of billions of dollars of capital, double economic growth from 2% to 4% and create jobs. Will this Ayn Rand version of capitalism work? It might in the short run. But in the long run, hurdles and headwinds abound. One thing is certain: America needs it to work if we are to reverse the slow-motion meltdown in trust and civility we’ve been witnessing since the financial crisis.

What Do We Want from Capitalism?

Capitalism is unquestionably the dominant socioeconomic model in the world today. But since the financial crisis of 2008–2009, it has become clear that what we thought we wanted—growth at any and all costs—isn’t what we really want. Instead, we want growth in the service of social goals, growth balanced with stability, income equality, intergenerational equity and environmental sustainability. That’s why we’re hearing and reading today about concepts like social capitalism, inclusive capitalism, fiduciary capitalism, sustainable capitalism and regenerative capitalism. These are attempts to go beyond describing what we don’t want from capitalism—namely, a repeat of the financial crisis—to start a conversation about what we do want from capitalism in the decades ahead.

The Call to Stewardship

The financial crisis showed us but one example of what happens when we lose touch with our stewardship principles and responsibilities; when we focus on short-term gratification and duck accountability instead of demonstrating integrity, humility and purposefulness. The same thing is happening in other areas of social endeavor, like climate change, income inequality, resource depletion and the indebting of future generations through unsustainable entitlements. All are train wrecks in slow motion. But the good news is these challenges can be addressed if we reconnect with our stewardship responsibilities and commit to a 21st-century version of servant leadership.

Retirement Wars: What the Battle Between Government and Wall Street Will Mean for You

When it takes effect next spring, the Department of Labor’s new Fiduciary Standard for retirement advice will transform the wealth management industry – for savers, for retirees and for the advisors they work with. Much like ObamaCare did for the health insurance industry. Investors need to understand enough to navigate through the flood of changes coming their way and to choose the types of accounts, platforms, investments and advisors that are best for them. Advisors will have to proactively embrace new rules as the latest step on a decades-long journey towards professionalization. Those that re-gear their practices will prosper and thrive. Those that don’t will see their practices atrophy.

A Force for Good: How Enlightened Finance Can Restore Faith in Capitalism (opens in a new tab)

Stewardship: Lessons Learned from the Lost Culture of Wall Street (opens in a new tab) 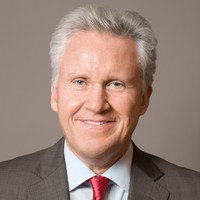