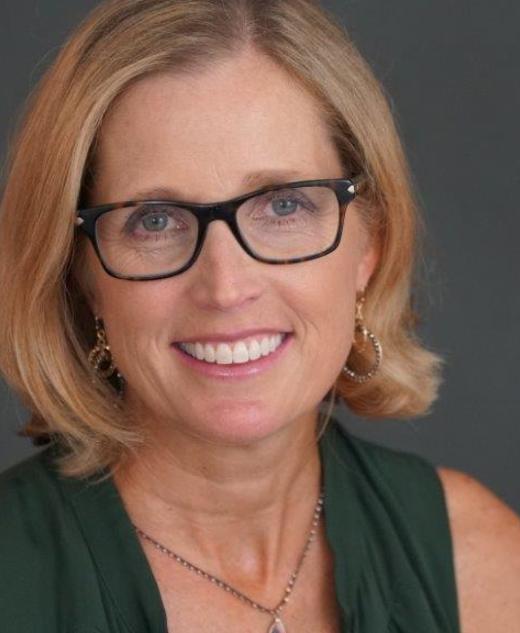 Jodi Bondi Norgaard is the founder of Dream Big Toy Company and the creator of the award-winning Go! Go! Sports Girls line of dolls, books, and apps for girls encouraging healthy and active play over fashion and body image. Her book, More Than a Doll: How Creating a New Brand of Dolls Turned into a Fight to End Gender Stereotypes, is forthcoming in 2020. Jodi is an entrepreneur, consultant, and activist in the movement pushing media and retail to do a better job portraying girls beyond stereotypes.

Norgaard is a leader in the toy industry breaking gender stereotypes since 2009 when she launched the plush sports dolls built-in specification to a real girl's body. Her inspiration came in 2007 after shopping for a doll with her then 9-year-old daughter and finding a doll with belly-baring clothing, high heels, and make-up, named 'Lovely Lola.' Initially, industry leaders dismissed her product because a sports doll was not mainstream. “Girls want fashion dolls,” she heard, over and over. She was not convinced and knew mainstream ideas never create change. By 2015, she had made significant strides and her product was launched in Walmart stores. In October 2016, the Go! Go! Sports Girls brand was acquired by Jazwares, an established cutting-edge toy company.

She has been featured on national media including The Today Show, The Real Story with Gretchen Carlson, Forbes, Upworthy, Parents, Shape, Self, Runner's World, Advertising Age, Good Housekeeping, Chicago Tribune, New York Times, and Huffington Post. In 2016, Jodi was invited by The White House under the Obama administration to participate in conferences on breaking down gender stereotypes in media and toys.

Norgaard is a cultural expert and strategist advising on current social and business trends, co-chair of the Toy Association Diversity and Inclusion Committee, former board member of Girls on the Run – Chicago, board member of Kaskey Kids an award-winning line of sports action figures, and a founding member of The Brave Girl Alliance, a think tank of girl empowerment experts.

Persistence: The Power to Create Change

Beyond Mainstream: Creating Change with a Mission-Driven Company

Jodi Bondi Norgaard motivates and inspires audiences with her entrepreneurial journey of innovation, overcoming adversity, challenging the status quo, achieving goals, and becoming a leader in breaking gender stereotypes. In this presentation, Norgaard discusses how to market for social good and the necessary combination of passion, determination, perseverance, and grit needed to create change while running a successful business. Initially, industry leaders dismissed her product because a sports doll was not mainstream. "Girls want fashion dolls," she heard, over and over. Norgaard was not convinced and knew mainstream ideas never create change. By 2015, she made significant strides and her product was launched in Walmart stores.

Persistence: The Power to Create Change

In this presentation, Jodi Bondi Norgaard shares her "aha moment" and discusses what she never anticipated while launching a socially responsible product; the long road ahead of her, the hard battle she would fight and learning that her persistence, determination, and passion would serve her well. Norgaard knows you don't need to be a genius, have unlimited resources, or a giant team to create change and she encourages audiences to take their best idea, step over fear, step over adversity, find courage, find innovation, tap into their passion, and persist when it becomes difficult.

In this powerful and inspirational presentation, Jodi Bondi Norgaard speaks on the value and benefit of women supporting women in business and in life. She brings awareness to the stereotypes imposed upon women and the steps needed to eliminate them from our culture, so women can lead and rise together.  She shares her entrepreneurial experience and the mentors who helped her succeed through adversity with guidance, kindness, and support. Norgaard offers strategies for women to get behind each other and provides examples of what the power of being a woman really looks like.

The Importance of Empowering Girls: If She Can See It, She Can Be It

In this presentation, Jodi Bondi Norgaard empowers girls to realize their full potential. Research shows interests, ambitions, and skills can be shaped early on by media and toys, influencing everything from subjects they choose to study to the careers they ultimately pursue. Norgaard inspires girls to break free from stereotypes and embrace their unique strengths and assertiveness.

Jodi immediately engaged the audience with the story of her entrepreneurial journey, with paths that sometimes ended and others that led to new opportunities. That resonated with all the entrepreneurs and leaders in the room. Jodi inspired all of us with her candor, humor and powerful messages for all leaders, regardless of gender. Her tenacity, ingenuity and proactive approach to pursuing her passion is an example all of us can follow in our professional or personal lives.

Jodi's presentation to our organization was heartfelt, inspiring and highlighted the results of following your passion, perseverance and embracing change. I received very positive feedback from our team members who thoroughly enjoyed Jodi's talk and her connection to our tween girl customer. Her drive to promote positive body image by pushing media and retail to do a better job portraying girls beyond stereotypes aligns perfectly with our 'Every Girl, Every Day' mantra.

Jodi Bondi Norgaard is an outstanding speaker that carries you through her entrepreneurial journey as a mother, wife, and businesswoman as a powerful advocate of truth and transparency.  Jodi inspires and uplifts and is a true hero in her own right.

Jodi is fueled by her advocacy for gender equality and her mission to change gender stereotypes however her message is far more reaching. Her story is testimony to the dynamic power of persistence and determination to challenge life obstacles. Her passion is contagious and inspiring. She leaves her audience more aware and empowered to participate in the ongoing effort to challenge gender stereotypes and support gender equality. Kudos to Jodi!

Motorola Solutions’ Information Technology department had the privilege of having Jodi Bondi Norgaard speak at a recent forum on creating change and fostering innovation in our organization. Jodi’s bright, energetic personality was constantly engaging and mirrored the passion and enthusiasm she has for her business. The story of her business, like all stories, has been a journey of highs and lows, but one thing has remained constant throughout -- her unwavering persistence and dedication to create change in her industry and in the world. That message to persevere, to keep fighting, to push your idea forward, is one that speaks to anyone in any walk of life. We all left the event with a powerful challenge to confront the status quo at work and in our everyday lives.

More Than a Doll: : How Creating a New Brand of Dolls Turned into a Fight to End Gender Stereotypes (opens in a new tab) 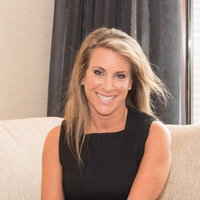 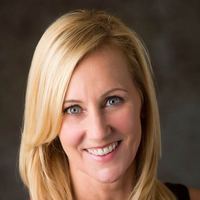