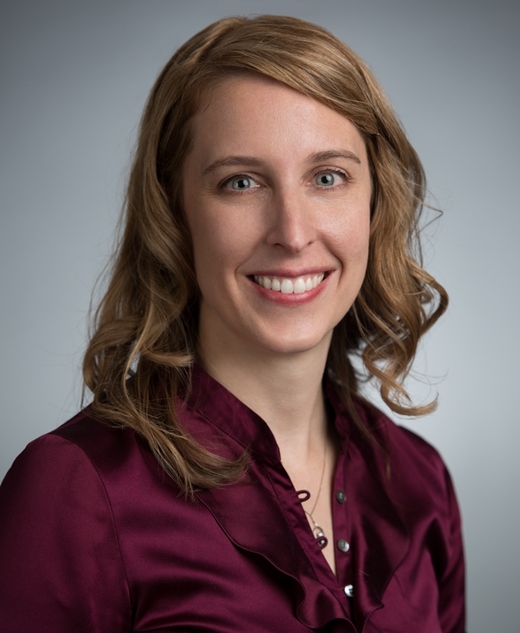 As a world leader in social media research and communication, Dr. Jennifer Golbeck shares with audiences ways to best leverage and the vast array of social data both in their personal and professional lives.

Dr. Jennifer Golbeck began studying social media from the moment it emerged on the web a decade ago and is one of the world’s foremost experts in the field. Her research has influenced industry, government, and the military. She is a pioneer in the field of social data analytics, discovering people’s hidden attributes from their online behavior, and a leader in creating human-friendly security and privacy systems. In addition to her work as a professor at the University of Maryland, she writes for top online news organizations, including Slate and The Atlantic, and appears frequently on NPR and commercial talk radio.

Jennifer Golbeck - Transforming Society One Algorithm at a Time | TEDxYouth@Austin

The Speed of Culture with Jennifer Golbeck on Online Privacy

Jennifer Golbeck - Not Caring About Our Data

The Future of Digital Currency

In this discussion, Dr. Golbeck discussions the applications, benefits, and drawbacks of blockchain technology including the applications for business. In addition, she will highlight crypto currencies such as Bitcoin, Dogecoin and others to include how they generally work, what they are used for, the differences amongst the various crypto assets and where they offer new opportunities both with a short-term as well as long-term outlook.

COVID-19 and the Spread of Misinformation

As the COVID-19 virus spreads, governments and healthcare institutions are collecting consumer data to track the spread of the virus and target travel restrictions and quarantines. But can data collected from phones, apps, computers, and credit cards be used during this time of crisis without deploying mass surveillance into much less critical spaces in the future? What are the parameters for data gathering and surveillance in the future? How do we opt out? Dr. Golbeck discusses how governments and institutions can avoid privacy infringement while also preparing for the next crisis.

The Role Data Plays in Elections and Influencing Opinions

When Barack Obama first ran for President in 2008, it was considered cutting edge and novel that his campaign engaged online and especially on social media. In 2016, social media had a huge influence on the electorate and the election results. Advances in artificial intelligence profiling, personalization technology, mobile connectedness, privacy violations, and Cold War-era intelligence techniques all came together in an explosive way. As we approach the 2020 election, little has changed to prevent the suspicious behavior we last saw 4 years ago, but technology has advanced, expanding the threats and opportunities. Deep Fakes, videos that can artificially make someone look like they said or did something they did not, threaten our ability to trust our own eyes. User profiling allows for intensely personalized messages online, designed to individually influence people's opinions and actions, whether that means voting for a specific candidate or not turning out to vote at all. Foreign operations are at play, as well, with psychological operations, bot armies, and more. This talk will look at the full spectrum of influence operations at play in the election, show you how to identify them when you encounter them, and talk about steps that will make this better -  individually, within companies, and through policy.

Artificial Intelligence and the Future of Healthcare

Artificial intelligence is transforming industries. Health care is no exception. As AI plays a larger role in the healthcare environment, medical professionals are tasked with understanding the benefits and potential pitfalls, while also learning the strategies for using the technology ethically and helpfully to minimize harm. As AI stands to jolt the industry, there is potential to do both good and harm. From analysis of medical imaging to social media data, AI is supporting earlier and more accurate diagnoses. It also creates incentive for companies to probe deeply into people's private spaces, often without consent, and to share that information for profit rather than for care. As Director of the Social Intelligence Lab at the University of Maryland, College Park, Dr. Jennifer Golbeck not only studies the most cutting edge developments in Artificial Intelligence up close, but she and her team create the types of algorithms that are making those types of advancements possible in the first place. In this talk, she illustrates the power of artificial intelligence to gain deep insights about people from seemingly irrelevant traces of data. She demonstrates just how easy it is to get that data from unsuspecting users.

The future is going to be driven by Artificial Intelligence (AI). Huge power lies in smart algorithms combined with the vast amount of big data generated by sensors, Internet of Things devices, and human behavior – from financial transactions to social interactions to increasingly trackable behavior. How will AI help people make better decisions? How will it affect or even potentially replace some human tasks altogether? How could it alter long-standing practices in your industry? Where do business opportunities lie in leveraging new technological capabilities, and how can organizations prepare for these changes? The key, according to Dr. Jennifer Golbeck, is to focus on the strategic impact of these technologies.

As Director of the Social Intelligence Lab at the University of Maryland, College Park, Dr. Golbeck not only studies the most cutting edge developments in Artificial Intelligence up close, but she and her team create the types of algorithms that are making those types of advancements possible in the first place. In this talk, organizations will learn how to recognize disruptive AI, assess its potential, and prepare for a data- and algorithm-driven future.

Part creepy and part surprise, this session looks at how scientists and companies are leveraging big social data to develop new insights into customers and what they want. Dr. Jennifer Golbeck, a world leader in social media research, tracks the rise of social networks and data analytics, how new computational techniques are revealing hidden traits of millions of people online, and how this impacts the future of business.

Jen was an outstanding speaker and we received rave reviews from the guests!! Jen’s talk was both informative and entertaining, and she engaged well with the attendees in a lively discussion. She was also super impressive and poised on her feet speaking to two tables simultaneously. Please let her know I also really enjoyed speaking with her at the cocktail hour where she mingled nicely with the clients too. Thank you so much for lining Jen up with us! We definitely would like to work with you/WSB again!

Jen was terrific! We received a lot of positive feedback from the conference attendees about her plenary talk. Outstanding really. I particularly enjoyed Jen’s funny, down-to-earth and enthusiastic manner—her talk was fascinating and contained a lot of high-level content (great for our audience of PhDs and JDs). Just what we wanted. Jen was very prepared and gave a polished but not overly slick presentation.

Jen Golbeck was a fantastic closing keynote speaker for our conference. Her content was topical, insightful, and stimulating, and her delivery was truly engaging. We strongly recommend her!

Jen rocked! The session was packed. She was in great form and message was on point. Great engagement with the crowd. Early feedback, including from senior leadership, has been terrific.

She had the audience on the edge of their seats. Lively and productive Q & A. Our President-Elect (who has seen a ton of speakers) said, “Jen is the best speaker I’ve ever seen. Period.” In other words... she nailed it!

Art Theory for Web Design (opens in a new tab)

Analyzing the Social Web (opens in a new tab) 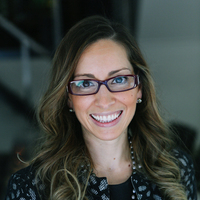