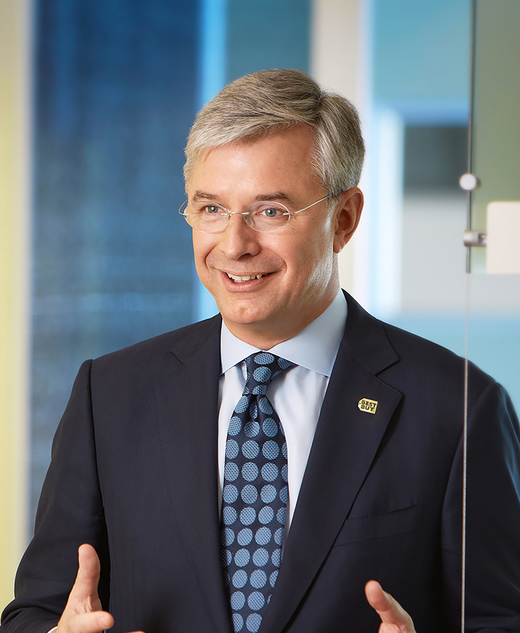 Acclaimed for his ability to put people and purpose at the heart of business, Hubert Joly rebuilt Best Buy into one of the nation’s favorite employers while dramatically growing the company’s stock price.

In 2012, the retail industry was suffering, and Best Buy was no exception. However, under the direction of Joly, the retail giant not only survived, it thrived, to the benefit of all of the company’s stakeholders. To accomplish this, he employed a powerful philosophy: pursue a noble purpose, put people at the center of the business, create an environment where every employee can succeed, and treat profit as an outcome, not the goal.

His greatest achievement, however, may have been to make himself dispensable: he decided to step down as CEO in 2019 and as executive chairman in 2020, and passed the baton to a diverse, new generation of leaders, which included appointing Corie Barry as CEO, and building a board of directors that had a majority of woman directors and three black directors.

Hubert Joly currently serves as a senior lecturer at Harvard Business School. He is also a member of the board of directors of Johnson & Johnson and Ralph Lauren Corporation, a member of the International Advisory Board of HEC Paris, and a Trustee of the Minneapolis Institute of Art. He is the author of the upcoming book “The Heart of Business – Leadership Principles for the Next Era of Capitalism.”

Hubert Joly Talks About the Importance of Purposeful Leadership

Hubert Joly on the Key to Best Buy's Turnaround: Leading with Purpose and Humanity

Hubert Joly on the 4 Levers in a Turnaround

Hubert Joly on the Importance of Diversity and Inclusion

Hubert Joly on the Purpose of Work

Hubert Joly on the Turnaround of Best Buy

Hubert Joly on How Companies Can Be Socially Responsible

How to Unleash Human Magic and Achieve Improbable Results: Leadership Principles for the Next Era of Capitalism

Back in 2012, “Everyone thought we were going to die,” says Hubert Joly. As the newly appointed Chairman and CEO of Best Buy, Joly transformed the retail giant into one of the nation’s favorite employers, a leader in sustainability and innovation, vastly increased customer satisfaction, and dramatically grew its stock price. Joly discusses the philosophy behind the resurgence of Best Buy: pursue a noble purpose, put people at the center of the business, create an environment where every employee can blossom, and treat profit as an outcome, not the goal. While this approach is easy to understand, putting it into practice is not so easy. It requires radically rethinking how we view work, how we define companies, how we motivate, and how we lead.

Joly shares memorable stories, lessons, and practical advice drawn from his own personal transformation from a hard-charging McKinsey consultant to a leader who believes in human magic. He provides a timely guide for leaders ready to abandon old paradigms and lead with purpose and humanity. He shows how we can reinvent capitalism so that it contributes to a sustainable future. 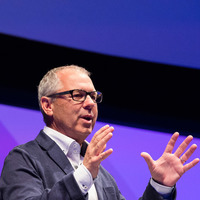