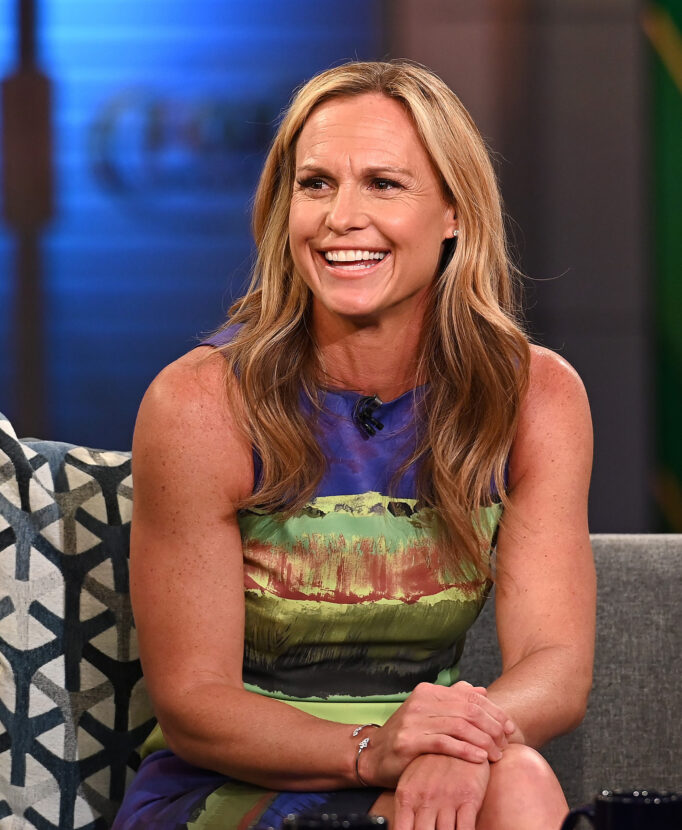 With many incredible twists and turns Christie Pearce Rampone's life story exemplifies how humility, perseverance, and hard work can be the perfect formula for success, on and off the field.

One of the most legendary players in the history of international soccer, Pearce Rampone retired as a professional player in 2017 and has transitioned to being an author, prominent sports broadcaster, keynote speaker and soccer coach.

A native of Point Pleasant, N.J., Pearce Rampone attended Monmouth University on a basketball scholarship and was their starting point guard, walking on to the school’s soccer team. During her senior year, then U.S. Women’s National Team head coach Tony DiCicco called her into the USWNT camp in January of 1997, just months after the USA had won its first Olympic gold medal. A high-scoring forward for Monmouth, tallying 79 goals in her college career, DiCicco brought her into camp for a run at playing defender, transitioning her from an attacking player in college. After playing well in her first training camp in San Diego, she made the roster for a trip to Australia. Aside from injuries and the birth of her two daughters (Rylie, born in September of 2005, and Reece, born in March of 2010), she was rarely out of the starting lineup for the next 19 years, starting in 272 of her 311 caps. Her 311 caps are the second highest n the history of international soccer, for both men or women.

Known for her lead by example approach to the game, Pearce Rampone eventually saw USWNT head coach Pia Sundhage put the captain’s band on her in 2008. Affectionately referred to as Captain America, she eventually captained the US for nearly nine years. Pearce Rampone was the captain of the USWNT during two gold medal runs and one FIFA Women’s World Cup title. She played in 19 total Women’s World Cup matches, tied for sixth best all-time, and played in 22 Olympic matches, more than any US player.

Pearce Rampone, who began her professional career in 2001, played in all three iterations of the US professional leagues (WPS, WUSA, NWSL). She played for the New York Power in the Women’s United Soccer Association from 2001-03, played for Sky Blue FC and MagicJack SC in Women’s Professional Soccer, and finished her career in her home state of NJ with Sky Blue FC in the National Women’s Soccer League from 2013-17. She also served as the head coach of Sky Blue FC in 2009 (while still playing as the captain), leading the team to an improbable Women’s Professional Soccer championship. Oh yeah, and she did it all while she was pregnant with her second daughter, Reece.

Since hanging up her boots, Pearce Rampone has begun doing broadcast work for FOX Sports, including its coverage of the US Women’s National Soccer Team, covering the 2019 FIFA Women’s World Cup, the CONCACAF Gold Cup, and other matches.

Pearce Rampone, has teamed up with clinical and sports neuropsychologist, and fellow sports mom, Dr. Kristine Keane, to co-author Be All In: Raising Kids for Success in Sports and Life, sharing practical, real world advice on how to handle the pressures felt by youth athletes, parents, and coaches today, and provide kids with their best shot at reaching their goals and dreams.