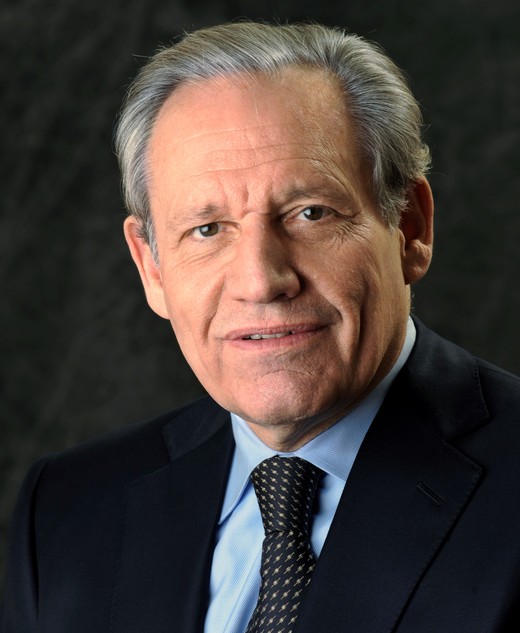 The most famous political investigative reporter in America and two-time Pulitzer Prize winner, Bob Woodward provides a behind-the-scenes look at the inner workings of government, politics and the role of leadership.

Consistently revealing the inside, hidden stories of Washington and the American Presidency—from Watergate to the Supreme Court, the CIA, Pentagon, Federal Reserve, the 9/11 terrorist attacks to the wars in Iraq and Afghanistan and the efforts to resolve America’s fiscal condition, Bob Woodward is a two-time Pulitzer Prize winner and Washington Post associate editor who has earned iconic status in American journalistic heritage. An experienced observer, Woodward highlights and analyzes the most important issues of the day sharing with audiences’ critical timely insights while providing the depth and breadth of information needed to gain perspective into today’s current state of affairs both at home and abroad. Called “the best pure reporter of his generation, perhaps ever” by The Weekly Standard, Woodward has authored or co-authored more national best-selling non-fiction books than any other contemporary American writer—winning him national acclaim. A recent best seller, The Price of Politics (September 2012), is based on 18 months of reporting and is an intimate, documented examination of how President Obama and the highest profile Republican and Democratic leaders in the United States Congress attempted to restore the American economy and improve the federal government’s fiscal condition. His most recent book, The Last of the President’s Men (October, 2015) provides the last pieces of the Nixon puzzle and is based on 46 hours of interviews with President Nixon’s aide who revealed the secret tapes.

TEDxMidAtlantic: What I Learned Investigating Nixon, and Why it Matters Now

The Age of the American Presidency

Donald Trump is creating an entirely new American Presidency, breaking most rules and setting a new non-traditional course.  Two-time Pulitzer Prize winning Washington Post reporter Bob Woodward is now turning to the next president, putting him in context and addressing what is going on behind the scenes and what to expect.

Woodward speaks to critical questions such as: How did Trump get to the White House? What are his true intentions?  What can be believed? What positions are real?  What information can be trusted and what statements and tweets really reflect where he is going? Can he deliver? Who will support or attempt to thwart him? Who does he really listen to? And what may it all mean?

No one knows the American presidency as well as Bob Woodward, the Post’s veteran reporter-historian, who has written Number #1 best selling books covering all eight of the last presidents from Nixon to Obama.

No one has uncovered more of the hidden stories from the secret world of presidents, the CIA, the Pentagon and the Supreme Court than Woodward.  Beginning with the coverage of Watergate with Carl Bernstein and their book and movie All the President’s Men (which Time Magazine called “perhaps the most influential piece of journalism in history”) to his two best-selling books on Obama he presents an encyclopedia of case studies in presidential leadership, secret decision-making and the hard-nosed politics of Washington.

Only someone with more than four decades of explaining and understanding the American presidency with his signature aggressive but fair and non-partisan reporting can quickly provide a timely portrait of Trump. The new president comes to an office which, as Woodward demonstrates, has an increased and astounding concentration of power.

Have We Forgotten the Lessons of Watergate?

Addressing these questions, among others: What exactly was Watergate? Why was there a Watergate? Why did it take over two years of revelations before President Nixon Resigned? What are the five main wars of Watergate? What lessons did Republicans understand? What lessons did Republicans miss? Did Democrats understand and miss different lessons? How did Watergate define scandals such as Iran-contra and Whitewater? Is Trump headed into his Watergate? Is Trump equipped or capable of avoiding scandals? Is the power of the presidency, fully mobilized, able to thwart independent/special counsel investigations? What is the likely outcome?

From Presidents to CEOs, the Price of Politics and Larger Lessons of Leadership

From Presidents to CEOs to the personal lessons learned along the way, Bob Woodward is candid and straightforward as he shares with audiences the leadership lessons he has learned and observed over the years. Using his vast background, Woodward is able to expertly explore with audiences the successes and failures of Presidents from Nixon to Obama. Presenting case studies in presidential leadership and decision-making, he helps audiences understand where administrations have gone right and wrong in dealing with domestic and international issues and describes what to look for in future leaders. He also explores the price of politics and its impact on leadership, and in particular cites specific examples of how the relationship between the President and Congress impacts the American people. His keen insight on leading while adapting to changing circumstances is thought provoking and relevant to audiences in any industry.

Bob Woodward’s presentation made the evening a success!

Bob Woodward was a big hit both on the stage and at dinner. He is a warm and engaging guy and and a perfect fit for our audience.

Bob Woodward was so gracious with his time with our donors and guests and was a delight to be around. His remarks were smart, insightful, thought-provoking, witty, hilarious and portrayed the essences of our past presidents in his unique way. We've been fortunate to bring some influential, bright minds to Santa Barbara and Mr. Woodward definitely put us on the map for hosting quality conversations about things that matter.

Yesterday was great! I think most people here appreciated the opportunity to spend a day with arguably the greatest investigative journalist of all time. Bob Woodward was very good with the kids, and his sense of humor kept the adults relaxed as well. We were all amazed at just how much Bob knows about the last few Presidents. My students had seen All the President's Men the night before so they had fun comparing Bob with a young Robert Redford.

Bob Woodward was great! He was fascinating and he provided an interactive discussion. We were all thrilled!

Bob Woodward and Carl Bernstein were marvelous, individually and as a team. Their joint presentation was smooth, well-prepared, and not only riveted our audience, but also demonstrated the complementary differences between them that made them a successful working duo.

Society of the Four Arts

Bob Woodward’s format was perfect for engaging the audience. We filled the venue to its capacity!

The Last of the President's Men (opens in a new tab)

The Price of Politics (opens in a new tab)

Plan of Attack (opens in a new tab)

War Within (opens in a new tab)

State of Denial (opens in a new tab)

Fear: Trump in the White House (opens in a new tab) 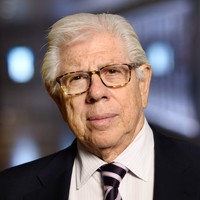