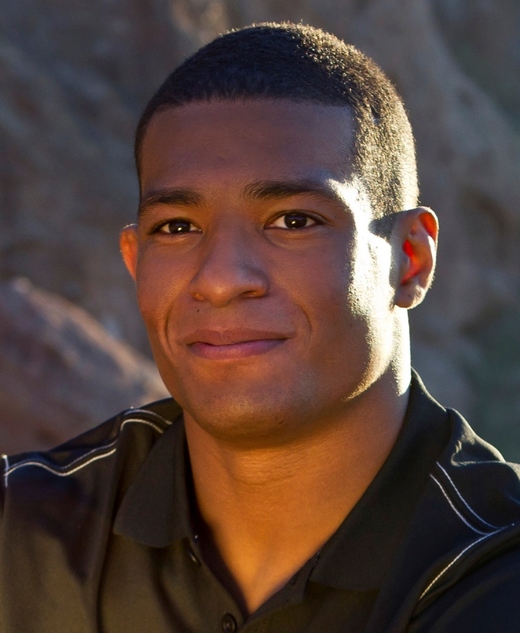 Born with one leg, 2011 NCAA Champion Anthony Robles became an unstoppable force in college wrestling who now shares his strategy for success—a limitless belief in self and the motivation to do things other people wouldn't have thought possible.

When Anthony Robles was born without a right leg, there was little hope that he would go on to live a normal life, much less one focused on pursuing success in a sport as demanding as wrestling when such a disadvantage would prove a challenge that is almost insurmountable. But Robles proved to be a force that is unstoppable. With steely determination, a dedication to sharpening his mental strength and adapting his technique to win matches, Robles went from being the worst wrestler in the city of Mesa, Arizona to become the 2011 NCAA Division I Champion, a three-time All-American and NWCA Outstanding Wrestler of the Tournament—all the while winning with the disadvantage of wrestling able-bodied athletes. Motivated and charismatic, Robles credits his ability to succeed in the face of overwhelming challenges to a belief instilled in him by his mother from the time he was born—that he could do anything and could overcome any obstacle that came his way. His remarkable story has made him a sought after guest on major national media including ESPN, Jimmy Kimmel Live and The Tonight Show with Jay Leno and his book Unstoppable: From Underdog to Undefeated: How I Became a Champion was released in the fall of 2012. A symbol of perseverance, Robles shares with audiences his philosophy that courage and the tenacity to never give up on your dream can make you unstoppable—no matter how overwhelming the odds. Recently named by President Obama as a member of the President’s Council on Fitness, Sports, and Nutrition and currently a NCAA wrestling analyst expert for ESPN, Robles is the recipient of the 2011 ESPYs Jimmy V Award for Perseverance.

*in partnership with Keppler Speakers*

Behind the Scenes with Anthony Robles

Anthony Robles—who was born without a right leg—never let his disability stop him from achieving his dreams. With unrelenting determination—and the belief that he could do anything—he defied all odds, and became a champion wrestler competing against able-bodied athletes. NCAA Division I Champion, three-time All-American and recipient of the 2011 ESPY Jimmy V Award for Perseverance, Robles inspires others to believe that they too can overcome any odds stacked against them. In this moving and awe-inspiring presentation, Robles illustrates how perseverance, hard work and a strong belief in yourself can lead anyone to success—and make you unstoppable.

Anthony Robles was a huge success. He did a fabulous job with the high school presentation as well as our main event. He is a remarkable young man and we thoroughly enjoyed him.

Wow! Anthony Robles was terrific. Everyone thoroughly enjoyed his presentation and hearing his inspiring story. He really set the tone for our event, and going forward we will leverage his mantra—unstoppable. While Anthony was certainly a great wrestler, he is an even better person.

First, Anthony Robles showed up at the arena as planned with an ambitious smile, which was a great first impression. However, it was the impression Anthony left over the next 6 hours that will last for a very long time with our staff, graduates, and their families/friends that were in attendance. Anthony was gracious and very kind to all those he interacted with, and this is a testament to his humility and genuine care for others. Anthony was by far the easiest, most approachable and accommodating speaker we have ever used. His speech was not only appropriate for the occasion, but it inspired and motivated many who needed a message like his at this time in their lives. Anthony was purely the best speaker we have used. I not only highly recommend his services, but will be working with the more than 20 campuses in my region to look at Anthony as a speaker in the future.

Anthony Robles’ presentation could not be any better! He is a wonderful young man with a remarkable story. He was very well received by both students and adults. He is genuine and sincere, and his powerful message of believing in oneself resonated with all in attendance. We all look forward to his continued success.

Who wouldn't love Anthony Robles? He created fans and he created fans for our League. When I read his story, I knew he was a wrestler and I knew we were an organization of women. Yet, his story to me was about how we all wrestle with life. He sent that message loud and clear. There were several student athletes in attendance, and I loved the part when he spoke directly to them. That was so meaningful.

The Junior League of The Woodlands

Anthony Robles was BEYOND AMAZING! The crowd LOVED him! The staff thought he was absolutely stellar!

Anthony Robles was amazing! From the dinner on Wednesday through today at St. Christopher's Anthony Robles was humble, sincere, and spent extra time with several folks at all events. His message was powerful and from the heart. He impacted many lives with his faith, focus and challenge to people to live their dreams and trust that God has a plan for them.

Please extend our sincere appreciation to Anthony Robles for providing the perfect kick off to our Conference. His inspiring presentation was the start of an amazing event for us. There were a lot of high five's throughout the conference where people were saying, "hey, we're unstoppable!" He is an incredible person as well as an amazing athlete.

“The part of the program that had the biggest impact one me was definitely Anthony Robles coming, because he taught everyone here to stay strong in what you are working for and don't give up on your dreams.” - Mylie “Anthony Robles was very inspiring. His great story of strength, courage and the Beating all odds was so epic that I will probably remember it for the rest of my life.” - Esai “I've learned to never give up, no matter how hard it seems, from Anthony Robles.” - Ellen

Unstoppable (opens in a new tab) 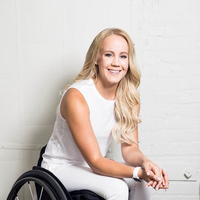