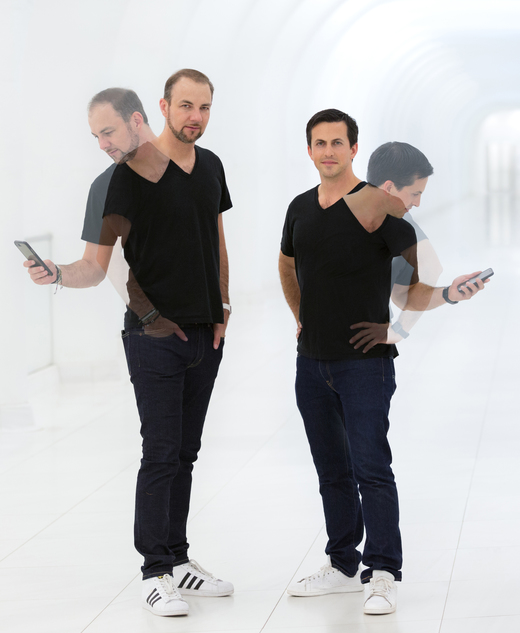 Digital Deception merges interactive magic with technology to create a unique presentation that forces audiences to re-examine what’s possible in today’s modern world. In addition to traditional stage performances, the duo’s original material can be performed online as well, making this act particularly well-suited for for virtual meetings, webinars, and video conferences. Digital Deception’s tech-based magic effects allow the virtual event participants to interact with the magic right on their phones and screens.

This unconventional show is a collaboration between two of the country’s most exciting practitioners of magic: Doug McKenzie and Ryan Oakes. McKenzie has been profiled on CNN Tech, performed for royalty, and created original magic for countless televised specials. Oakes has performed at The White House, been profiled by Forbes, and appeared in almost every U.S. state. Both McKenzie and Oakes bring their deep knowledge of illusion and their love of technology to the show, which debuted in 2017.

Why Book Digital Deception For Your Event

Fusing technology with magic, Digital Deception offers an original concept that audiences are sure to have never seen before. They will be amazed as technological feats are performed before their eyes.

No stage? No problem! Live, interactive entertainment is possible in virtual meetings! Regardless of your video conference or webinar platform, Digital Deception has an arsenal of interactive magic effects that can create a shared experience for your group in a virtual environment. With their unique tech-based magic effects, the duo can bring professionally-produced, memorable moments to your online meeting. Possible formats: virtual meeting kickoff, webinar session breaks, or interstitial moments through a video conference.

Digital Deception fuses magic and technology in an entertaining, customizable stage show performed by two of the country’s most exciting industry practitioners. This interactive show seamlessly integrates the technology platforms and gadgets audiences know and use everyday: mobile phones, social media, GPS, text messaging, and even drones. Every show can be custom tailored to include your meeting message or product information to make it a truly memorable experience. Guaranteed to make your audiences say…OMG!

Host of the truTV comedic series, The Carbonaro Effect 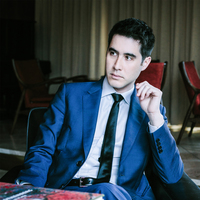