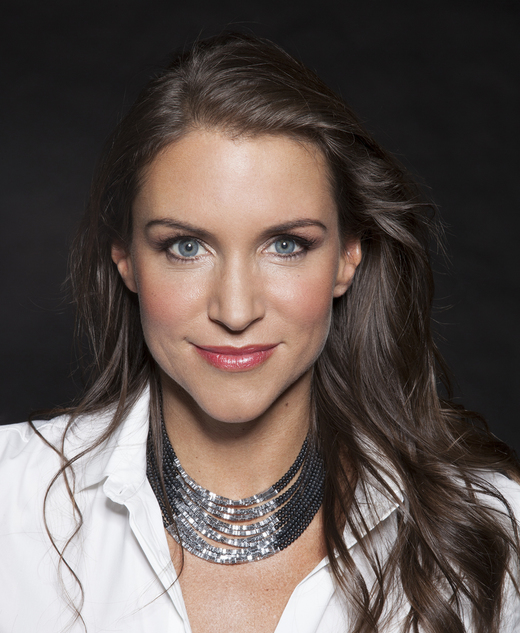 Stephanie McMahon is Chief Brand Officer of WWE, a publicly-traded (NYSE: WWE) global media company. In this role, she is responsible for WWE’s Brand, Community Relations, and Pop Culture strategy, which includes celebrity integrations and partnerships within the entertainment industry. Stephanie represents the company as its global brand ambassador, and also plays a character who appears regularly on WWE programming.

Among her many contributions, Stephanie has been the driving force behind WWE’s women’s evolution, which has given female performers an equal share of the spotlight both in and out of the ring. Prior to being named Chief Brand Officer, Stephanie was Executive Vice President, Creative and was responsible for overseeing the Digital and Creative Departments. She was also the first woman to lead WWE's Talent Relations, Talent Brand Management and Live Events businesses.

She is a member of the 2017 Class of Henry Crown Fellows within the Aspen Global Leadership Network at the Aspen Institute and is also a member of the 2015 Eisenhower Fellowship class. Adweek has included Stephanie in their list of the Most Powerful Women in Sports for the past three years. She was named a Stuart Scott ENSPIRE Award Honoree at the 2017 ESPN Humanitarian Awards and was selected as part of Sports Business Journal’s 2017 class of “Game Changers: Women in Sports Business.”

In 2014, Stephanie and her husband, Paul “Triple H” Levesque, established Connor’s Cure, a fund dedicated to fighting pediatric cancer. In partnership with The V Foundation and Children’s Hospital of Pittsburgh, Connor’s Cure has raised nearly $3 million to date.

She is a member of the Board of Directors for WWE, USO Metropolitan Washington and Children's Hospital of Pittsburgh Foundation.

Stephanie received her B.S. from Boston University in Communications and has been named a Distinguished Alumni by the School of Communications.

Rising Through the Ranks as a Woman

Stephanie McMahon shares experience and inspiration about her rise through the ranks of the WWE as a woman.

The Art of Engagement

With so many choices and distractions today, engaging consumers and creating an emotional connection for your brand continues to be increasingly challenging. Stephanie McMahon, chief brand officer of WWE, provides insight into the global entertainment powerhouse’s strategies for growth; telling compelling and relatable stories, developing a content ecosystem where those stories can come to life across a variety of platforms, and building purpose and value into your business.

One of today’s trending topics is the notion of “good business,” not just with regard to prescient deals but how your business adds to the community at large. So what does “good business” mean to employees, partners and consumers? Stephanie McMahon, chief brand officer of WWE, speaks to the importance of culture and community, and how a value driven mission and corporate culture ultimately motivates employees, provides added benefit to partners and gives consumers a reason to keep coming back.

Building the Brand of You

Whether you are building a new brand or strengthening an existing brand, understanding and developing your signature voice is critical to your success. Equally important is where and how you share your message. Stephanie McMahon, chief brand officer of WWE, will discuss how she has grown her own personal brand and lessons learned over the years while helping build WWE in parallel. She will speak to examples from her personal experience across media appearances, special events and partnerships, as well as how she developed her social media strategy to make her one of the most followed and influential executives.

Being a female executive in what was primarily perceived as a “man’s world” has provided Stephanie McMahon, chief brand officer of WWE, with key insights into what empowerment means and how to impact change for women across all business, particularly in the world of sports and entertainment. McMahon speaks to how empowerment isn’t about gender, race or ethnicity—it is simply about being the best at what you do.

What Other Organizations Say About Stephanie McMahon

Members who heard the conversation were amazed. They said she was so much more than they anticipated – she “gets” the business and isn’t just the McMahon name. She has incredible stories to share from her executive experience.