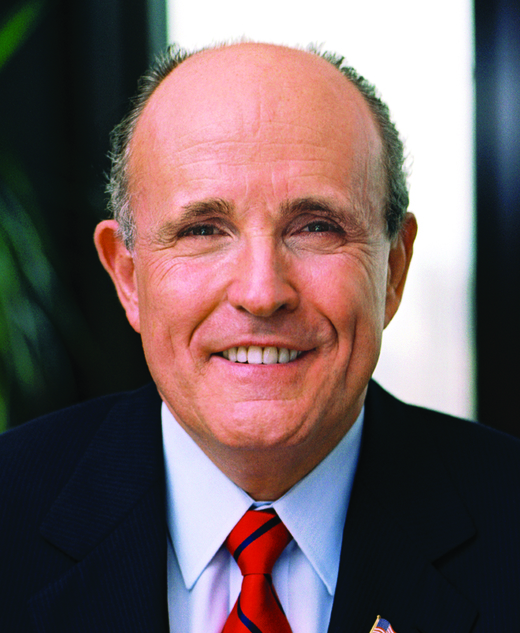 Rudy Giuliani – the chief executive of the largest city in the U.S., who much of the world turned to in a time of crisis, shares his unparalleled insights on leadership, courage and the most pressing issues of our time.

Celebrated by many as “Mayor of the World,” Rudy Giuliani provides a resolute voice in tackling the toughest domestic and international issues of our time—from long-standing global conflicts to terrorism and the new reality of cyber warfare to the future of health care reform and immigration to political leadership and insights on future elections. Acclaimed as one of the most effective chief executives in modern American history for his leadership and bravery during 9-11, Giuliani was named TIME magazine’s Person of the Year, was given an honorary knighthood by the Queen of England and was awarded the Ronald Reagan Presidential Freedom Award. Never one to shy away from a battle, Giuliani almost single-handedly took on organized and white-collar crime in New York with a remarkable record of 4,000 convictions—one that very few attorneys can match. Ushering in a new era of fiscal responsibility and broad-based growth, he turned an inherited $2.3 billion budget deficit into a multibillion-dollar surplus and added a record 450,000 new private sector jobs. Recognized by Consulting magazine as “Consultant of the Year,” Giuliani Partners is a leader in strategic consulting and emergency preparedness. Offering a dynamic and lively presentation accompanied by Q&A, Giuliani reminds audiences that eternal vigilance and leadership are required to protect freedom.

On Topic with President Ken Starr and Rudy Giuliani

Crisis Management in the Age of Cyber Warfare

With cyber warfare a new global reality, companies and organizations are facing an ongoing and very real threat to their future. Proactive measures must be in place to avert a devastating attack that could cripple governments, businesses andinternational financial systems. One of the country’s most trusted voices on crisis management, Rudy Giuliani—who helped lead the country forward in the wake of 9-11—delivers unparalleled expertise on the preparation and vigilance required to effectively manage future crises. Recognized by Consulting magazine as “Consultant of the Year,” Giuliani provides strategic counsel in emergency preparedness to numerous corporations and organizations worldwide through Giuliani Partners.

In this sophisticated presentation from one of the nation’s most experienced—and trusted—leaders, audiences will learn:

Principled Leadership: In the Face of Change and Crisis

As Rudy Giuliani began his first mayoral term, he inherited New York City awash with violence, a crumbling infrastructure and residential flight to the suburbs. A TIME magazine cover story summed up the conditions as “The Rotting of the Big Apple.” Ten years later, TIME put New York City on its cover again, but this time, with thanks in large part to Giuliani, the magazine revisited its assessment of the city—touting it as America’s safest city where economic development thrived and families flocked to live. Just when New Yorkers were beginning to enjoy the city’s revitalization, the unimaginable hit on 9-11. Giuliani swiftly marshaled his remarkable leadership skills to pull his city, and perhaps the entire nation, through the crisis. It was no accident that Giuliani was able to accomplish miracles during those grim days.

In this riveting presentation, Giuliani shares with audiences:

Recent geopolitical events are quickly becoming serious areas of concern to corporations as the risks to global security increase with potential repercussions in the critical areas of information sharing, cyber security and crisis management. Rudy Giuliani invokes his experience in the 9-11 attacks’ aftermath to make a compelling case regarding the importance of creating a national “determination and will to continue the war on terrorism.” A leader in strategic consulting, emergency preparedness and fiscal responsibility, Giuliani cites specific and relevant examples from his work as a partner in the international law firm Bracewell & Giuliani and leaves audiences with a stark reminder of how doing business in an ever-shrinking world has new challenges that can and must be surmounted.

The National Health-Care Debate and the Need for Resolute Leadership

Even though health-care reform passed through Congress and has been signed into law, a public policy debate still rages on as to whether this is the right piece of legislation to fix century-old issues. As mayor of one of America’s largest cities,Rudy Giuliani developed a comprehensive model to promote enrollment in public health programs. As a presidential candidate, he advocated development of a national tax-free health savings account. And, at Giuliani Partners, companies have sought his expertise to tackle a range of health-care projects including the need to combat the national epidemic of prescription drug abuse. A solution to the crisis will require the combined efforts of the health-care community and federal and state officials.

With a strong viewpoint and years of experience on the issue, Giuliani shares with audiences:

Celebrated by many as “Mayor of the World,” Rudy Giuliani provides a resolute voice in tackling today’s toughest domestic and international issues — from long-standing global conflicts and the new reality of cyber warfare to the future of health care reform and insights on future elections. Acclaimed as one of the most effective chief executives in modern history, Giuliani provides a road map for your executive leadership team to prepare for some of the new realities of our time, emphasizing the importance of infusing a culture of strategic leadership as part of your core mission.

Rudy was a HUGE success! The attendees just loved him. He gave a wonderful speech and was very accommodating and delightful during the meet & greet.

Mayor Rudy Giuliani was terrific! He was so kind during our photo session. He was so gracious and our guests, especially the police, fire and EMT Chiefs, were very excited to meet him. His comments were well received by our audience. As you might expect, the Mayor was very passionate in his support of the police force during these times of divided emotions across the country.

It was a fantastic event. Rudy Giuliani did a great job personalizing his talk for our school and to meet the theme of our evening, "honoring the heroes among us". He was personable, humorous and sincere. Thanks for your help.

We really enjoyed having Mayor Giuliani on campus and we were able to raise more money than ever before!

Leadership (opens in a new tab) 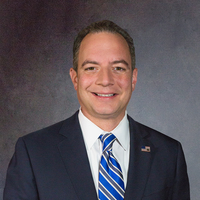