Simply stated, it was sensational! General Colin Powell hit a grand slam and was so inspiring to everyone in attendance. His kind words about O’Connor House and our mission of civil discourse were invaluable and had enormous impact.

One of the most admired and respected leaders in America today, General Colin Powell offers his thoughts on domestic and world affairs, leadership and a vision for tomorrow.

A man of intelligence, versatility and presence, General Colin Powell served as the first African-American chairman of the Joint Chiefs of Staff and was appointed secretary of state by President George W. Bush—becoming, at that time, the most powerful African-American ever to hold office. A four-star general, Powell’s numerous awards include two Presidential Medals of Freedom, and he is the author of his best-selling autobiography, My American Journey. His second book, an instant New York Times best seller titled It Worked For Me (May 2012), reveals the lessons that shaped his life and career. As someone who crafted and articulated the U.S. position on the world stage, Powell provides insight on efforts to stabilize a troubled world and the diplomatic and leadership skills needed to transform unstable regions into areas where societies and cultures flourish.

Gen. Colin Powell on Learning the Importance of Peace

Gen. Colin Powell on the Second Gulf War - "If you break it, you own it"

Gen. Colin Powell on What Makes Someone a Great Leader

Gen. Colin Powell on the Future of Race in America

Gen. Colin Powell on the Quest for Peace

One of the 21st century’s most fervent purveyors of democratic values, General Colin Powell understands the power of diplomacy and the universal human ideal of democracy to build trust and transform once-unstable regions into areas where societies and cultures prosper. As well, he understands that the power of persuasion, reason and building trust are immeasurably effective in getting governments to cooperate for the overall common good of their people and the rest of the world. In a compelling presentation filled with humor and anecdotes from years of service at the highest levels of international affairs, Powell, former U.S. secretary of state, describes the delicate process of forging alliances, bringing people and countries together and promoting universal human ideals of democracy and peace around the world.

One of the most admired men in America, General Colin Powell has been a leader for most of his life, having led troops as a military leader, chairman of the Joint Chiefs of Staff and secretary of state. But Powell believes a leader is more than just his or her title. Drawing on examples garnered from experience as both a leader on the world stage and as eyewitness to leadership in action, Powell illustrates for audiences precisely what it takes to be a leader, providing strategies for “taking charge” during times of great change and great crises. Powell demonstrates how to remain focused, take responsibility and work towards improving processes, organizations and people.

General Powell and Secretary Albright’s fireside chat was a resounding success with all of our members! It was amazing beyond any of our expectations. Everyone truly enjoyed listening to them and several members shared that they could have listened all night because they were so interesting!

I must tell you, I’m still speechless. General Powell is the best speaker we’ve ever had at our symposium. He was absolutely amazing and exceeded all expectations. He connected with our audience, was well versed in our industry and related to the charitable work we do with Kids’ Chance. The General is a true gentleman both on and off the stage, and he brought our audience to tears – both from laughter and from his strong emotional messaging.

Simply stated, it was sensational! General Colin Powell hit a grand slam and was so inspiring to everyone in attendance. His kind words about O’Connor House and our mission of civil discourse were invaluable and had enormous impact.

What an incredible hero - even those in our group who came from all over the world could immediately recognize that. The power and passion of Gen. Colin Powell's leadership was apparent in his discussion and his presence was an inspiring highlight of our meeting!

General Powell was a huge success. His speech was excellent and worked well with our Civil Rights Theme Semester. We were all impressed by his commanding presence on the stage and his ability to speak in an extemporaneous way.

Powell has a genuine flair for diplomacy, a human touch that reassured foreign counterparts that competing interests could somehow be reconciled.

General Powell was PHENOMONAL. He was a pleasure to work with – very nice and accommodating. Both of his presentations were very well received. He made each student feel important and talked directly with them, asking them what they were doing after graduation and involving them completely.

University of the Southwest

My American Journey (opens in a new tab)

It Worked for Me (opens in a new tab) 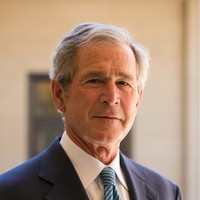