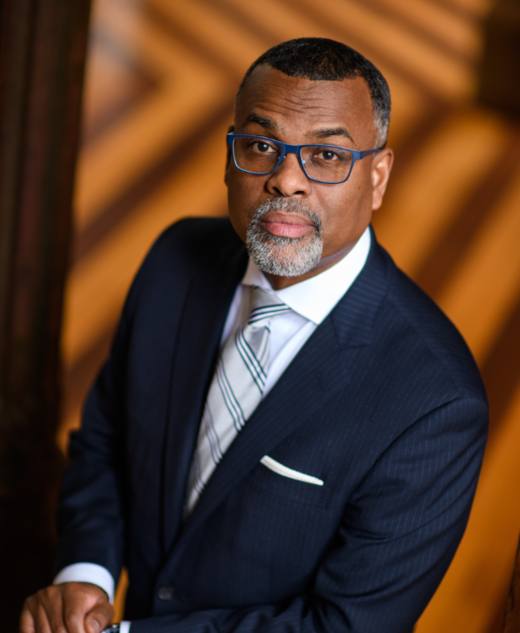 Providing insight into the complex dynamics of the American experience, the difficulties of race in the United States, and the challenges facing democracy.

Dr. Eddie S. Glaude Jr. is an intellectual who speaks to the complex dynamics of the American experience. His most well-known books, Democracy in Black: How Race Still Enslaves the American Soul, and In a Shade of Blue: Pragmatism and the Politics of Black America, take a wide look at black communities, the difficulties of race in the United States, and the challenges our democracy face.

He is an American critic in the tradition of James Baldwin and Ralph Waldo Emerson. In his writings, the country’s complexities, vulnerabilities, and the opportunities for hope come into full view. Hope that is, in one of his favorite quotes from W.E.B Du Bois, “not hopeless, but a bit unhopeful.”

He is the James S. McDonnell Distinguished University Professor and chair of the Department of African American Studies, a program he first became involved with shaping as a doctoral candidate in Religion at Princeton. He is the former president of the American Academy of Religion. His books on religion and philosophy include An Uncommon Faith: A Pragmatic Approach to the Study of African American Religion, African American Religion: A Very Short Introduction and Exodus! Religion, Race and Nation in Early 19th Century Black America, which was awarded the Modern Language Association’s William Sanders Scarborough Book Prize. Glaude is also the author of two edited volumes, and many influential articles about religion for academic journals. He has also written for the likes of The New York Times and Time Magazine.

Known to be a convener of conversations and debates, Glaude takes care to engage fellow citizens of all ages and backgrounds – from young activists, to fellow academics, journalists and commentators, and followers on Twitter in dialogue about the direction of the nation. His scholarship and his sense of himself as a public intellectual are driven by a commitment to think carefully with others in public.

Glaude’s most recent book, Begin Again: James Baldwin’s America and Its Urgent Lessons for Our Own, was released on June 30, 2020. Of Baldwin, Glaude writes, “Baldwin’s writing does not bear witness to the glory of America. It reveals the country’s sins, and the illusion of innocence that blinds us to the reality of others. Baldwin’s vision requires a confrontation with our history (with slavery, Jim Crow segregation, with whiteness) to overcome its hold on us. Not to posit the greatness of America, but to establish the ground upon which to imagine the country anew."

Eddie S. Glaude, Jr. will speak to a wide variety of issues and subjects. Topic areas include:

Begin Again: James Baldwin's America and Its Urgent Lessons for Our Own (opens in a new tab)

Democracy in Black: How Race Still Enslaves the American Soul (opens in a new tab)

An Uncommon Faith: A Pragmatic Approach to the Study of African American Religion (opens in a new tab)

In a Shade of Blue: Pragmatism and the Politics of Black America (opens in a new tab) 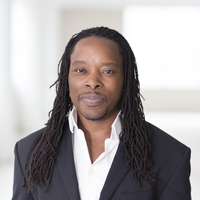 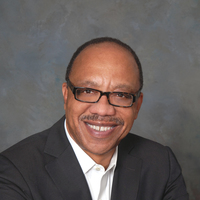 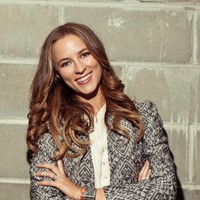