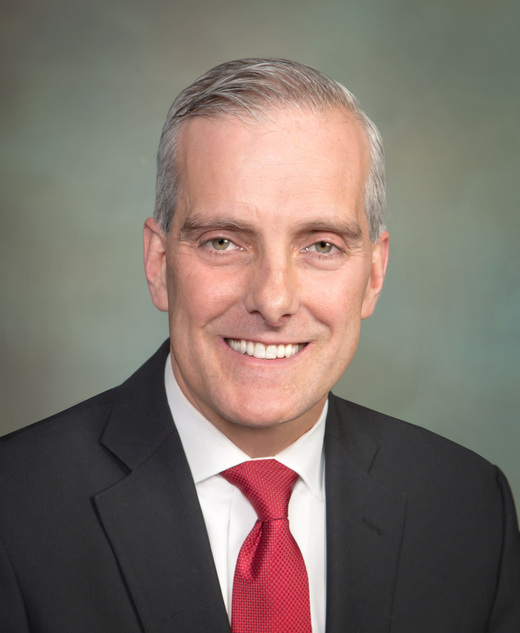 White House chief of staff and national security leader Denis McDonough shares an insider’s perspective on current political events, the future of innovation, and the day’s most pressing national and global security issues.

As chief of staff for President Barack Obama, Denis McDonough led the White House for the President’s entire second term and played a definitive role in shaping U.S. national security policy. Among President Obama’s closest advisors, McDonough first joined then-Senator Obama’s campaign as senior foreign policy advisor in 2007. During the administration’s first term, McDonough served as principal deputy national security advisor. Upon McDonough’s appointment to chief of staff in 2013, President Obama said, “Were it not for him, we wouldn’t be as effective a White House,” additionally noting that he relied on McDonough’s intellect, judgment, and indispensable advice throughout their time working together. McDonough provides exceptional insight into the legislative process on Capitol Hill, domestic politics, and the use of executive authority.

McDonough is currently Professor of the Practice at the University of Notre Dame's Keough School of Global Affairs. He is a Partner at Macro Advisory Partners, a strategic advisory firm which helps to navigate the intersection of global markets, geopolitics and policy. And he is Senior Adviser at the Markle Foundation, where he advises the CEO and the Chief of Staff on Markle’s work to transform the labor market so that all Americans can thrive in the digital economy.

From current terrorism and cybersecurity threats, to the future of education and skills training, McDonough understands the global factors that impact modern organizations and helps audiences identify the risks and opportunities that lie ahead.

Denis McDonough - Global Refugees and Migration in the 21st Century

Preparing the American Workforce for the Digital Economy

What the American Education System Needs to Change

The Future of American Ingenuity

Innovation, Automation, and Education in the Digital Economy

As the pandemic continues, a new wave of automation is impacting the labor market in the United States and around the world. How can the public and private sectors work together to encourage innovation while safeguarding the health and interests of American workers? How should we think about educating our children and retraining our employees to ensure that they are competitive in the global marketplace in light of the pandemic's impact on education? Denis McDonough confronted similar questions during his tenure at the White House. McDonough frames the issues that will be at the forefront of the national and global conversation over the next several years, and offers ideas for ensuring that growth fueled by innovation is positive, inclusive, and sustainable.

With astute insight to executive authority and the political process in Washington today, Denis McDonough explains the realities about what is possible—and not possible—for the Trump Administration and Congress to achieve in the months leading up to the November election, as well as what could be expected of a potential Biden presidency. From infrastructure and taxes to health care and immigration, McDonough addresses the most important issues at stake for America.

Crisis Management in a Complex Environment

With rapidly advancing technology and an ever-growing use of social media by both allies and enemies, the tools used by the government are far from what they used to be. With experience confronting issues including HealthCare.gov, hacks of government infrastructure, and diffusion of the American media landscape, Denis McDonough led the implementation of a more robust presence of technology in the government. Based on his experience leading one of the world’s most complex and heavily scrutinized organizations, McDonough provides insight for businesses on internal and external crisis communications, how to immediately respond to issues from global events to public perceptions, and leading teams and organizations through change while under extreme pressure.

The Geopolitical Landscape, National Security, and an Era of Cyber Warfare

In this timely discussion, Denis McDonough offers keen insight and analysis of the current geopolitical landscape, with special attention on national security and the threats raised by the increasing role of cyber warfare. Addressing how Russia, China, and other global hot spots fit into a shifting foreign policy landscape, McDonough explores America’s role as the world enters a new era in diplomacy, and the implications for businesses operating around the globe.

Denis knocked it out of the ballpark. Many members of the audience said that his panel and speech was the best of the conference. We appreciated how he tailored his remarks to financial services and even applied the concepts to securitization.

Denis McDonough was the perfect fit for our conversation about how innovation drives economies. He shared great insight into emerging jobs in technology, as well as the financial and ethical costs of rising automation—and how institutions should respond to it. He’d be a great fit for any organization weighing how to respond to the changing workforce.

Hearing two former White House Chiefs of Staff from opposing political parties engage in a genuinely friendly exchange was one of many highlights from this week’s Policy Summit. Denis McDonough and Reince Priebus delivered one of the best keynotes ever.

We Need to Give U.S. Workers More Real Power Over Their Futures (opens in a new tab) 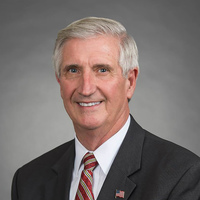